MobiPicker
News Micromax Canvas Spark 2 Specs, Price and Features
Share on Facebook
Tweet on Twitter
Deal Alert: 49% Off on ExpressVPN
Touted as #1 VPN in the world, ExpressVPN is now offering 49% off & an additional 3-months of service on its annual plans.

After being very successful with its Canvas Spark, Micromax today launched the updated model, the Canvas Spark 2. This is a budget smartphone that has a starting price of Rs. 3,999, and is considered ‘India ka 3G phone’ that is trying to break all the price barriers. 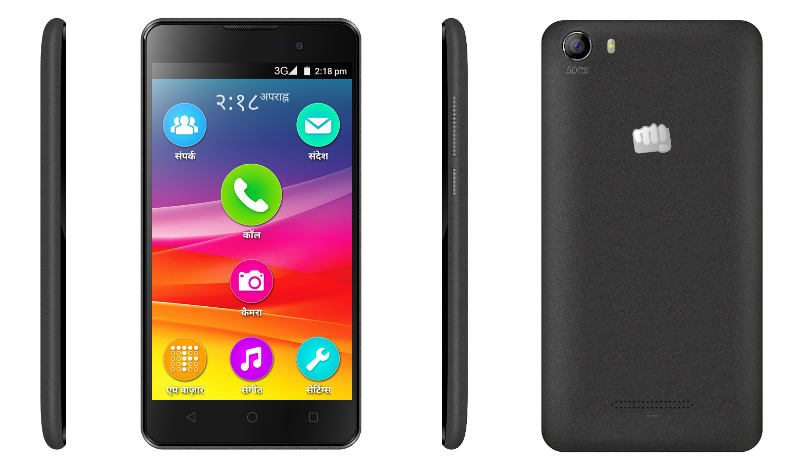 Micromax Canvas Spark 2 has a 5-inch 854x480p display. This phone is powered by a 1.3 GHz quad-core processor along with built-in storage of 4 GB (expandable up to 32GB using microSD card).

This handset provides 5 Megapixel pictures with its LED flash camera and 2 Megapixel selfies with the front camera. The battery of Micromax Canvas Spark 2 has a capacity of 1,800 mAh, which promises to offer up to 324 hours of backup on stand-by mode.

Micromax Canvas Spark 2 features dual-SIM card slots and supports 3G, Bluetooth, Wi-Fi 802.11n. The smartphone comes out of the box with Android 5.1 Lollipop OS, with its Micromax Skin Atop. It is pre-loaded with 10 regional languages, FirstTouch launcher and apps like Kindle, Snapdeal, Hotstar, Clean Master, etc.

The first flash sale starts on September 30, where the phone will be available exclusively on Snapdeal. Meanwhile, the first registered sale will kick-off on September 23 at 10:00 a.m.

As mentioned above, Micormax Canvas Spark 2 is an affordable phone that costs just Rs. 3,999. However, it will face strong competition from other affordable smartphones such as the Yu Yunique and the Lenovo A2010, which cost Rs. 1,000 more but support 4G LTE connectivity.