MobiPicker
News Micromax Canvas Selfie with 13MP rear and front camera priced in India...
Share on Facebook
Tweet on Twitter
Deal Alert: 49% Off on ExpressVPN
Touted as #1 VPN in the world, ExpressVPN is now offering 49% off & an additional 3-months of service on its annual plans.

The Micromax Canvas Selfie, which was announced in December last year, has been priced in India. The smartphone will be available for INR 15,999 and should go on sale soon. 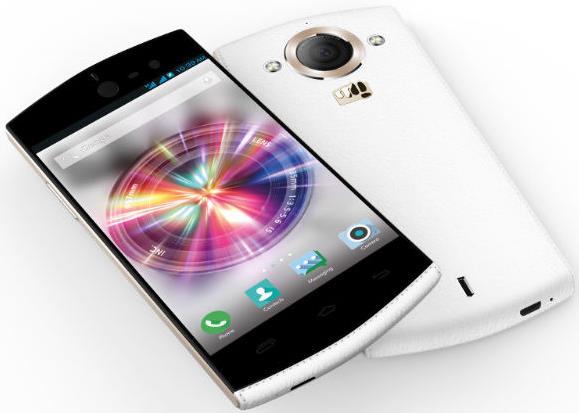 The smartphone is mainly focused on camera features, as it names suggests itself. The company acclaims that the Canvas Selfie smartphone is designed for image-conscious women. It packs a 13 megapixel front and rear camera with Sony sensors and accompanied by LED flash.  The camera comes with in-built features like face slimming, teeth whitening, make-up, fade dark circles, eye enhancement, skin smoothening, and remove oil.

The Canvas Selfie sports a 4.7 inch 720p IPS display and is powered by 1.7GHz octa-core processor paired with a 2GB of RAM. It packs 16 GB on-board memory and a 2300 mAh battery. The smartphone features dual SIM support and runs Android 4.4.2 KitKat.

For connectivity, the device includes Wi-Fi, microUSB, Bluetooth, GPRS/EDGE, and 3G. The Canvas Selfie will be available in Angelic White and Mystic Blue color options.

The smartphone should go live on sale in the first week of next month.