MobiPicker
Mobiles Android Micromax Canvas Evok with 5.5-inch Display Launched for Rs. 8,499
Share on Facebook
Tweet on Twitter
Deal Alert: 49% Off on ExpressVPN
Touted as #1 VPN in the world, ExpressVPN is now offering 49% off & an additional 3-months of service on its annual plans.

Micromax has launched a new 4G smartphone “Micromax Canvas Evok” in its canvas series collection which will be available exclusively on Flipkart. Aiming at the younger generation, the phone is priced at Rs. 8,499 and features a 5.5-inch HD display with Corning Gorilla Glass protection. 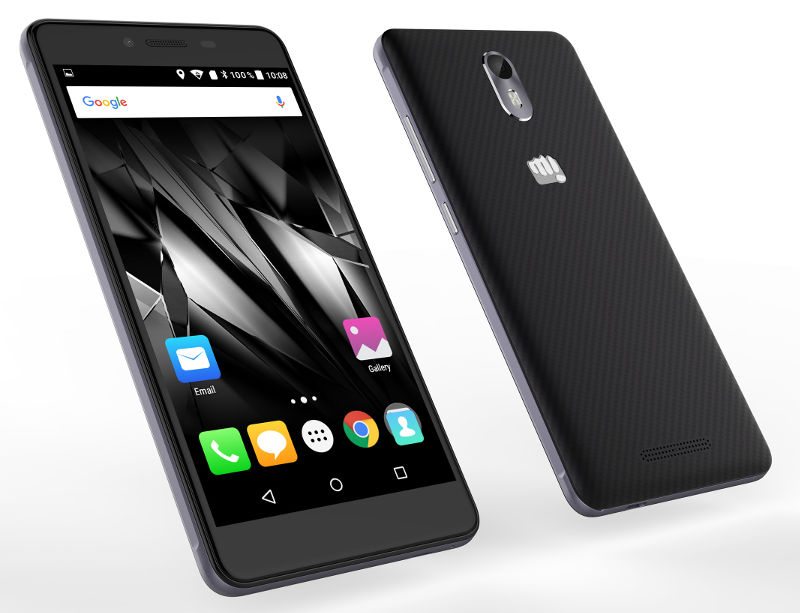 Running Android 5.0 Lollipop, the Micromax Canvas Evok is powered by a Snapdragon 415 SoC with 3GB of RAM and an internal storage of 16GB (expandable up to 32GB via microSD card). The camera configured with a 13MP rear snapper and a 5MP front shooter with a various selfie modes. The new device supports dual SIM functionality, and packs a battery of 3,000mAh.

“The current trend of 4G connectivity, big screens, high definition displays and powerful RAM has picked up immensely and the Canvas Evok brings the best combination of all these with its features and design language. We expect the new smartphone to fare well in the market as the millennial generation understands technology and also recognizes the fact that one does not need to pay exorbitant prices for a premium quality smartphone”.