The Indian smartphone manufacturer – Micromax, has added a new smartphone to its Canvas Doodle series, dubbed Canvas Doodle 4. The phone is priced at INR 9,499 and available at many retail stores throughout the India. 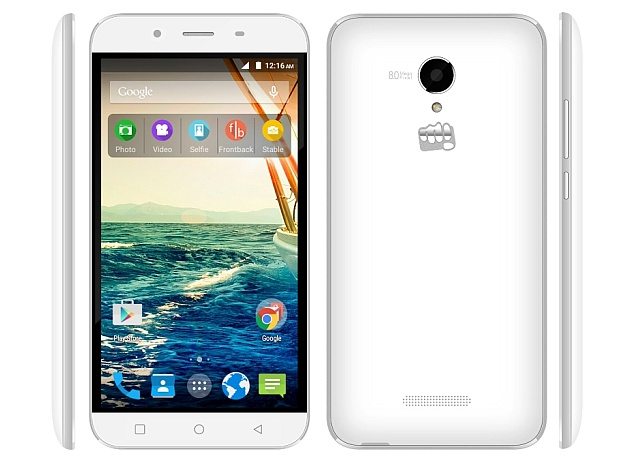 Running Android 5.0 Lollipop, the Canvas Doodle 4 is equipped with a 6 inch IPS display with a resolution of 960 x 540 pixels. It is powered by a MediaTek chipset with 1.3GHz quad-core processor, coupled with 1GB of RAM. It supports microSD card for expanding its 8GB of native storage up to 32GB. In terms of camera, there is an 8 megapixel rear shooter with LED flash, and a 2 megapixel selfie camera.

The phablet is expected to carry a stylus similar to previous Doodle smartphones, however, there is no official confirmation yet.