MobiPicker
Tech Hardware Close Inspection Of Xiaomi Mi Notebook Air Shows A Very Well Crafted...
Share on Facebook
Tweet on Twitter
Deal Alert: 49% Off on ExpressVPN
Touted as #1 VPN in the world, ExpressVPN is now offering 49% off & an additional 3-months of service on its annual plans.

Lately, My Drivers have conducted an intricate product review, and thanks to the closeness of the images captured, we have a fairly good idea of the amount of effort it took to release the Mi Notebook Air. Remember that this is the 13.3-inch model, on account that there is an NVIDIA sticker present at the back, along with ventilation ports that will allow the components to breath easily. The GPU present in the laptop is an NVIDIA GTX 940MX, and though it will not provide you with the best possible gaming performance in the latest titles, it’s still a fairly good addition for those that want to use the chip for light gaming sessions.

Following the approach of Apple’s 12-inch MacBook, Xiaomi Mi Notebook Air features a USB-C port and with it, you can charge the laptop itself, as well as smartphones that feature the same port. However, unlike the 12-inch MacBook, this notebook also possess a fairly diversified I/O panel in the form of HDMI and USB ports, so won’t have to worry about purchasing different accessories to simplify that experience.

One other great thing about the notebook is that it features a PCIe SSD with 256GB capacity and allows users to expand that storage through another port that has been dedicated for an SSD. All of this leads to the pricing of a fairly affordable $750, although the exchange rates, custom charges and other fees will force consumers to pay more for a notebook like this.

Irrespective, we want you to tell us how you feel getting closer to the Mi Notebook Air in the form of images. 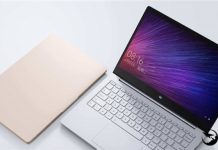 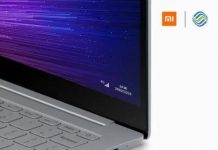 New Xiaomi Mi Notebook to Be Released on 23rd December, Will Come With 4G LTE Support 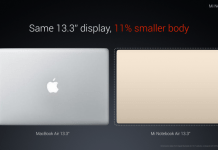 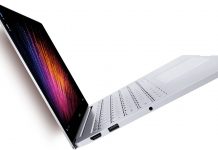 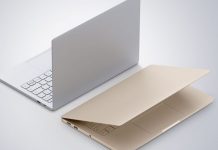 MacBook Air vs. Mi Notebook Air: Can Xiaomi Really Beat Apple at Its Own Game?