When it comes to YouTube, Windows ecosystem definitely misses the goods of an official YouTube client, but third-party developers have made life a bit easier for the platform users. One of such offerings is MetroTube, which is quite popular among Windows enthusiast. 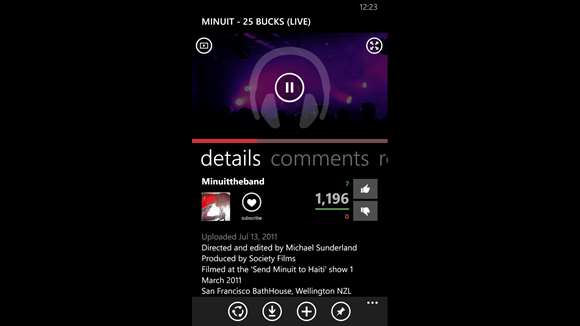 Today, the MetroTube app has received an update in the Windows Phone Store, bumping it to version 4.7.

Lately, the app was experiencing playback issues for some YouTube videos after Google made some changes to the API. All those issues are addressed with this update. The changelog on app page notes:

There are no other feature updates to the app. Along with the above-mentioned improvements, there are usual bug fixes and performance updates to the MetroTube app in the Windows Phone Store.

The app is also compatible with Windows 10 Mobile but lacks the new design changes for the OS. Let us know in the comments section below what you make of this new update, and in case you use any other third-party YouTube client, refer that for fellow users.