What is Metroid Prime developer retro studios doing? They used to be Nintendo’s secret weapon a few years ago. Could they replicate similar success on the Nintendo Switch? Everyone tends to forget them since we don’t really know what they’re up to. And they don’t even seem that active anymore.

Can Metroid Prime Developer Retro Studios be the secret weapon for the Nintendo Switch?

They’ve only led development on 5 games released in the past over 14 years. We guess that’s better than a game every 3 years. But they don’t even have multiple teams to get their own games out more than twice a generation. Don’t get us wrong. We love Metroid Prime. But they’ve only worked on two series up to this point. And they’ve had plenty of turnover among their employees. So it’s hard to even guess what they would be good at beyond DK at this point.

Personally, we think Nintendo should do a big push for them. Get them a second team so they can work on developing games simultaneously. And get tons of games out over the next 10 years. And really let them be a star. Releasing games every year or two rather than every three, at best. Besides, it’d be good for them to have one team that’s able to work on their own properties. While a second focuses on revivals of classics.

They’ve helped on a number of games. But, honestly, Monolith Soft has helped on even more games than them in recent time while putting out two Project Cross Zone and two Xenoblade games over the same period that Retro has put out two DK games. And we don’t think we need to bring up the output of quality games done by Rare in the good old days. Or Intelligent Systems these days. Let’s face it, people only bolstered up Retro cause Nintendo had just lost Rare. And it was a new Western studio that released their first game right around when Rare left.

People put all their Rare hopes onto Retro because Retro put out what is one of the best games of all time as their first game. It’s an incredible accomplishment. But the matter of fact is that Retro puts out games at almost the same rate that we get Zelda or Mario. And sure their games are good. But they are no secret weapon, just the occasional bombshell, at best. 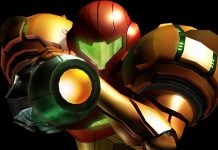 Metroid Prime 4: Nintendo Reveals Why It Announced The Game So Early