Metal Gear Survive has received a lot of criticism since the Gamescom 2016 reveal. Many believe the addition of zombie-like creatures with a 4-player cooperative mode is something that doesn’t belong in the game. On the other hand, some are still bitter about what happened between Konami and Kojima. However, during TGS 2016 Konami gave a brief preview of the Metal Gear Survive gameplay. Mots gamers still didn’t find the game so appealing. However, we wouldn’t be adding to the hate here but give you some really good reasons to like the game.

The game still retains some optional exploration segments. Players are dropped off near the target area. They can then choose how to approach the objective, much like FarCry co-op.

Gifts from other worlds

The game’s world is not the real world. It runs parallel to the universe in which the previous Metal Gear games took place. However, you will occasionally get surprises from the other side. In the demo, we saw this in the form of a sheep wandering into the wilderness. Players can use this to their advantage.

Metal Gear Survive is not a Left4Dead clone

Contrary to what most people initially believed, the game is not a rip-off of Left4Dead. It’s still its very own Metal Gear game with the extra addition of zombies. You are still required to approach your objective stealthily. However, it’s when you have to defend the base does the game turn very similar to Left4Dead. But still, with all the barricade construction and other stuff, one can still argue it’s not completely some Left4Dead rip-off even there.

You can craft items relating to attacking/ defending. This can be done at crafting tables found in the game. So, far we saw the player craft fences, spiked barricades, and even a mounted machine gun. Suffice to say, the game will have a lot to offer when it finally releases.

Cooperative mode is totally something else

It’s a really unique approach to open world cooperative gameplay. The first phase requires you to capture a base. Phase 2 requires that you then defend the base. Players are forced to watch each other’s back and assist each other whenever possible. This can be in the form of distracting an enemy so the other player can kill it off. The cooperative mode really shines out when players have to defend the base.

Let us know what you think of Metal Gear Survive so far. 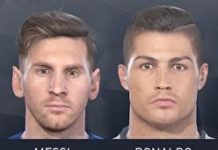 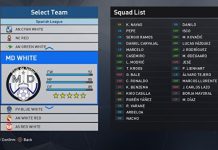 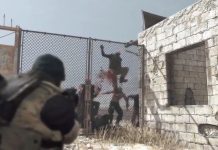 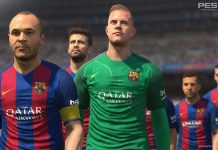 PES 2017 Modding Guide: How to Get Official Club Names, Logos, Kits, and Badges on the PC and PlayStation 4