Meizu has announced new Pro 6s smartphone, which is an improved version of the Pro 6. It comes with a new rear camera and a larger battery. The Meizu Pro 6s will be launched in China at CNY 2,699 [approx $399 or Rs 26,600]. It comes in Gray, Gold, Silver, and Rose Gold color options. 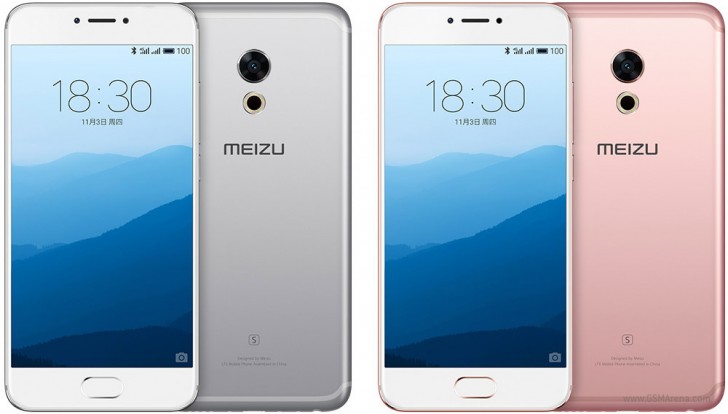 The Meizu Pro 6s sports an aluminum uni-body design with curved edges and the antenna bands design, similar to Pro 6. Meizu was first to introduce the new antenna placement, which has been adopted by the latest Apple iPhone 7 smartphones.

The Android-based smartphone comes with the latest Flyme launcher on top. It features a 12MP rear camera with IMX386 sensor, which is a major upgrade over the Pro 6. The new camera comes with 4-axis optical image stabilization [OIS], laser-assistance and phase-detection auto-focus [PDAF] system. It is supported by a 10-LED dual-tone ring flash. There is also a 5MP front camera with 1.4μm pixels and an f/2.0 aperture on-board.

Connectivity options on the dual-SIM smartphone include 4G LTE Cat.6, dual-band Wi-Fi, Bluetooth 4.1, and GPS. It also features a Cirrus Logic CS43L36 chip for Hi-Fi audio output via the 3.5mm jack and an mTouch front key with an embedded fingerprint scanner. The Meizu Pro 6s is backed by a 3,060 mAh battery [up from the 2,560 mAh battery in the Meizu Pro 6]. It supports fast charging via mCharge 3.0 through USB Type-C. The handset weighs 163g only.