Meizu PRO 6 was launched recently and packed the MediaTek Helio X25, the first ten-core or deca-core processor in the world. But as powerful as it may sound, the performance might not be up to flagship level for some people. Some of the reasons for that might be because the chip limits the phone to LPDDR3 RAM and eMMC 5.1 storage, and many people think that the PRO 5 was better. 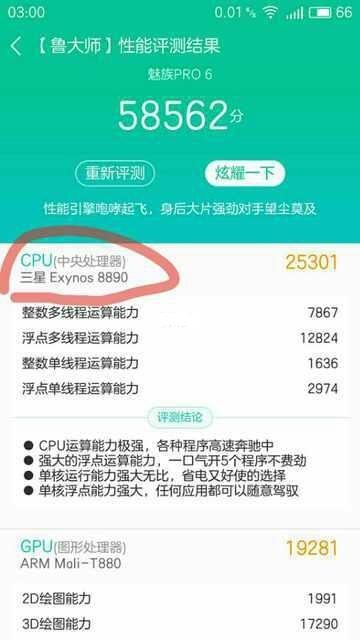 Well, in that case, Meizu might be considering launching another variant of the Meizu PRO 6, but this time with Samsung’s Exynos 8890 processor. The 8890 is a great flagship-level chipset that performs as good as Snapdragon 820. This is not a rumor but a result of a couple of images leaked on Weibo. 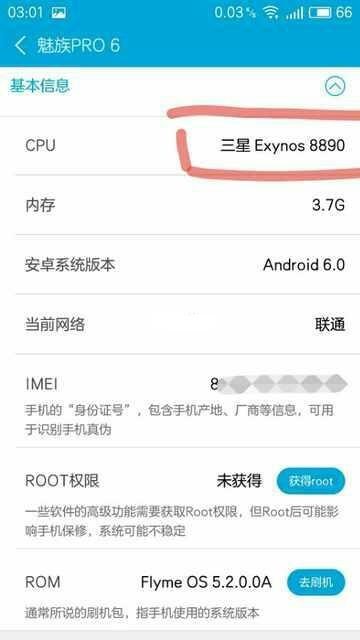 The new leak shows the phone running Exynos 8890 with 4GB of RAM. This means that Meizu might be working on an Exynos variant of the PRO 6 to lure buyers who do not fancy a MediaTek chipset and are looking for a Snapdragon or Exynos. It is being said that the price of the Exynos 8890-powered Meizu PRO 6 might be set around CNY 2,499, which roughly translates to $385 approximately.

Whether this is a fake leak or a genuine one, only time will tell. In case you don’t know, a 3GB variant of the Meizu PRO 6 was found on Geekbench. What’s your strategy, Meizu?