Meizu has not been really busy this year, but each of its recent releases have surely been very exciting. The company is quickly climbing up the ladder in the global market and is establishing itself as an OEM that produces compelling devices at affordable prices. The Meizu PRO 5, the company’s flag-bearer, came out more than a month ago and was a power house in terms of performance. It carried a 64-bit Exynos 7420 octa-core chipset, 3GB/4GB of RAM, 21MP rear camera, and tons of other features. 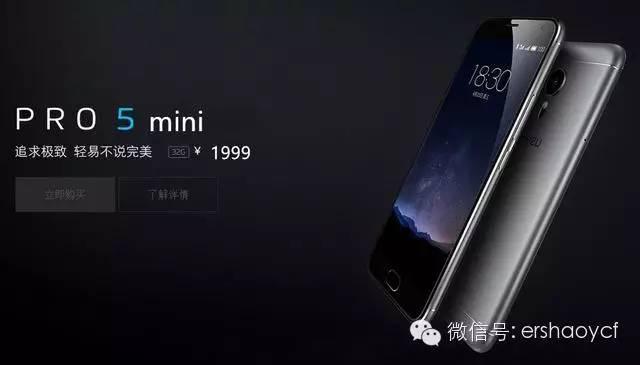 A newly leaked information indicates that a smaller variant of the phablet might be coming soon. If the leak is anything to go by, then the so-called Meizu PRO 5 Mini will feature a smaller 4.7-inch Full HD screen. It will apparently get its power from a Helio X20 deca-core chip, and will come in 32 and 64GB versions costing CNY 1,999 (approx. $315) and CNY 2,499 (approx. $394), respectively. In case all these details do come out to be true, then there will be a significant amount of difference in the prices of the Meizu PRO 5 and PRO 5 Mini.