It has been a couple of months since the Meizu PRO 6 was announced, and the phone has got its fair share of popularity. Meanwhile, the Chinese manufacturer is believed to be working on the next MX flagship, the Meizu MX6. Today, we have spotted a new spyshot of the phone along with its specs and price have surfaced online on Chinese site Weibo. 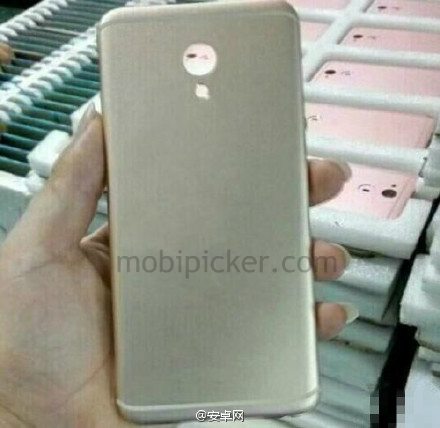 As you can notice, the back cover of the alleged Meizu MX6 is almost the same as the one seen in the Meizu PRO 6. The antenna design and the positioning of the camera and flash is also similar. The front design is not known right now, but we expect the same Home button and 2.5D glass style. It is also being said that the MX6 will come with a Force Touch pressure-sensitive display.

As for the Meizu MX6 specs, the phone is expected to come with a 7.55mm thick body along with a 5.5 inches Full HD screen. Powered by a Helio X20 processor, the phone will offer 3GB RAM and 32GB internal storage; 4GB RAM variant is also expected. A 16MP rear camera and an 8MP front camera along with a 3050mAh battery is also expected. As for the Meizu MX6 price, it is being said that the base variant will cost CNY 1,799 ($270).