Amid new year celebrations in China, it has been a quiet few days for the Chinese smartphone market. There has also been some time now since we heard something about the Meizu MX6, the upcoming flagship device of Meizu.

Recently a new Meizu device has been spotted in a certification listing. The model number of the device is Meizu M681Q. We don’t know for sure whether this device is the rumoured Meizu MX6 but considering the earlier naming schemes of Meizu, this device seems to be the rumored Meizu MX6 flagship. 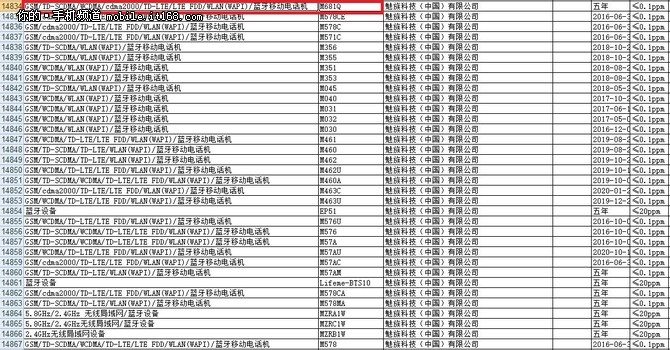 The radio certification, however, doesn’t reveal much about the device and we are left with speculations. We only know that the device will support GSM / TD-SCDMA / WCDMA / CDMA2000 / TD-LTE / FDD-LTE networks. It broadly means that this device will support all the networks currently available in China. It also confirms that the device exists and may launch soon when it gets other certifications like TENAA or 3C. It could still be few months away now as earlier leaks had suggested an April launch of the device.

Meizu MX6 was spotted on AnTuTu last month and thus, we have a significant amount of information about this device. The MX6 will reportedly come powered with an all new deca-core(10 cores) Mediatek Helio X20 chipset along with Mali-T880 MP4 GPU and 3GB of RAM. The screen size is not yet known but it will reportedly be an FHD (1920 x 1080 pixels) display rather than a QHD display as speculated earlier. The phone will run on the latest Android 6.0 Marshmallow.

These are all speculations and hence, should be taken with a pinch of grain. We had even heard of press invites for the launch of MX6 but as of now nothing is yet official.

We have our fingers crossed for the launch of Meizu MX6 and we will keep you updated with all the recent news and updates. Stay connected with us and don’t forget to post your comments below.