Meizu, the Chinese smartphone manufacturer is very well known for their affordable products. The company is all geared up to launch their next flagship smartphone- the Meizu MX6 on July 19. The news was confirmed by the company itself as they released a teaser showing a music player card on the image. That said, it is widely expected that the MX6 will feature some interesting audio technology innards. 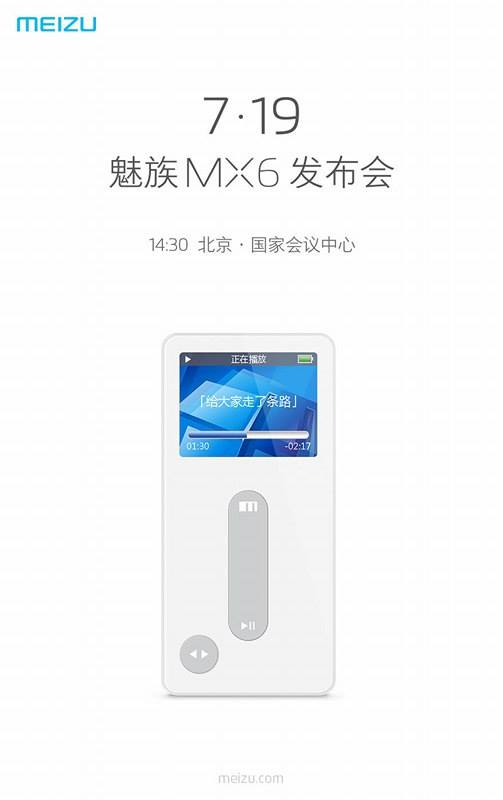 Official teasings aside, popular benchmark tool, the AnTuTu Benchmark today released the complete specifications of the Meizu MX6. The flagship device will be powered by the MediaTek Helio X20 (MT6797) chipset along with the Mali-T880 GPU which takes up the graphics. The smartphone will come with 4GB of RAM and 32GB of internal storage. 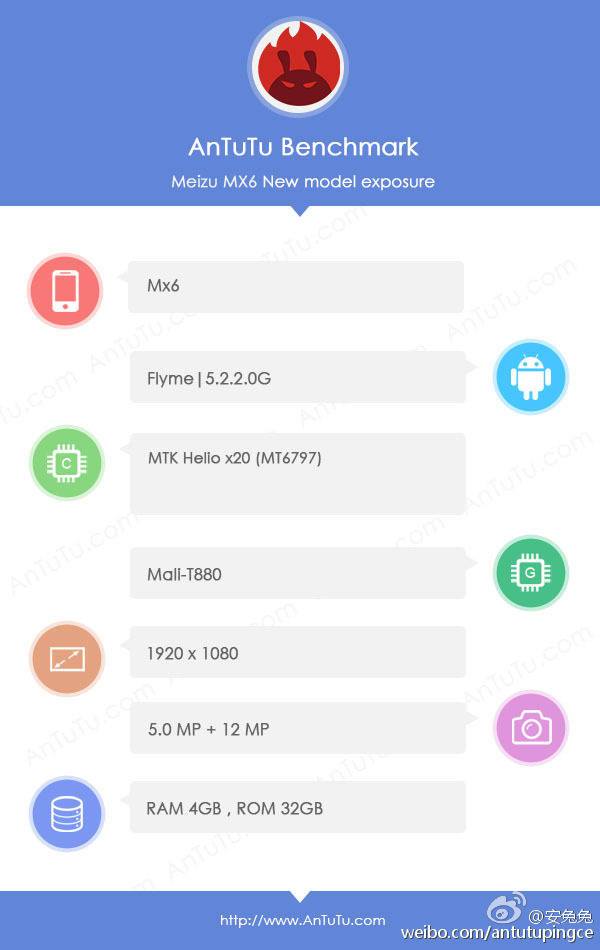 In terms of camera, the smartphone will arrive with a 12-megapixel rear camera with dual-tone LED flash. There is a 5-megapixel front facing camera. The Meizu MX6 boasts of a 5.5-inch 1080p display. Out of the box, the smartphone boots Android 5.1 Lollipop with the company’s own Flyme OS installed on top of it. Same as its predecessor, the Meizu MX6 has a 4,000mAh battery and a fingerprint sensor integrated into the home button.

Moreover, a couple of other rumours also suggested that the smartphone also support Quick Charging. It is no wonder that Meizu will surely add the quick charging feature in the MX6 as other flagships from different manufacturers has this feature for a quite long time.