In April this year, we had reported that Meizu might be planning to release the Meizu MX6 soon. That information was leaked out by a reliable Chinese leakster @KJuma on Chinese microblogging site Weibo. He had said that the phone would be released in the second half of 2016. And now that the second half has started, the leaker has shared an exciting photo. 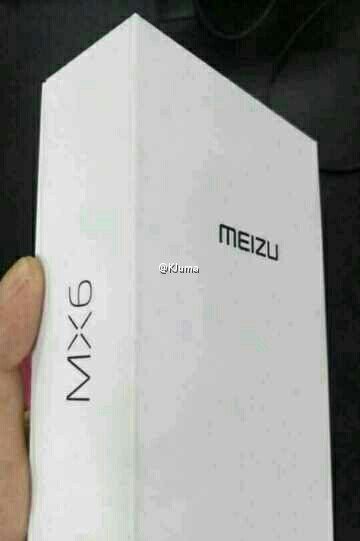 As you can see in the image above, the new real life image shows a snap of the Meizu MX6 retail packaging box. The box itself is pretty simple with Meizu written on side and MX6 printed on the edge. Now that the box is ready, it is possible that the rumored 20th June launch date for the MX6 might turn out to be true.

According to the latest rumors, the Meizu MX6 will get a Full HD pressure-sensitive display (possibly 5.5-inches) along with 2.5D arc glass. It might be powered by a Helio X20 processor with 3GB/4GB of RAM and 32GB/64GB of internal storage. It is being said that the phone will get a 20MP or 21MP rear camera with an 8MP front snapper. The Meizu MX6 might get priced around CNY 1799 ($274).

Meizu has launched a lot of phones at a very fast rate this year, so it will be no surprise if the MX6 indeed launches on the 20th of this month. We’ll keep you updated with new information, so stay tuned.