Just a week before the official launch of June 30, Meizu MX5, the secret which has been hidden in the curtains till now had been blown off as we got some images of the specs of the phone for your eyes only. 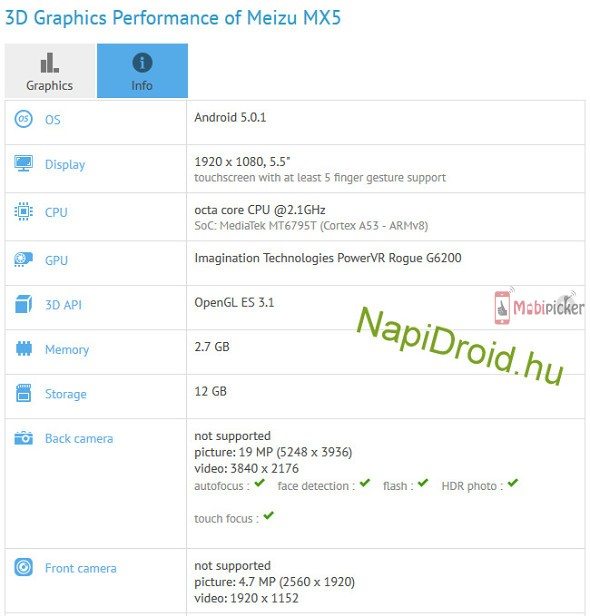 The details on the device have been originated from benchmark sites revealing the specifications and the performance which one could expect from it. Meizu MX5 will have a 5.5inch screen which was earlier a rumor only but is now confirmed from the GFXBenchmark entry. 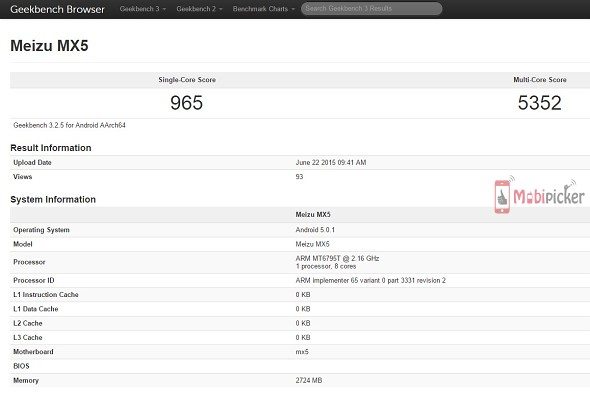 It also cites that the device has 3GB of RAM with 16GB of onboard storage and a 20.7MP main snapper on the flip side of the handset with a 5MP selfie shooter. The main camera can record videos of 2160p resolution whereas the front camera can shoot these at half the resolution i.e. 1080p.

Initially it was a expected that MT6793 will be housing the Meizu MX5 but now we have learnt that it will be MT6795T SoC known as HelioX10 with an eight core Cortex-A53 processor whose heart can throb upto 2.1GHz with a PowerVR G6200 GPU.

Not only MX5 specifications are now talk of the town but also the MX5’s score at the Geekbench which make it stand next to Galaxy S6. This has been a head turning score for a meizu device. We would be eager to test the device and review the same asap. Keep hooked onto MobiPicker for more details on this mean machine.