After releasing the Aquaris E4.5 UE and Aquaris E5 HD UE, the Canonical is now ready with its third Ubuntu based smartphone, dubbed Meizu MX4 Ubuntu Edition, and launching in Europe tomorrow.  The smartphone will be available for purchase in silver and gold at the price of €299 through Meizu’s English website. Unfortunately, you can not purchase it directly, as company has said that smartphone will be available on invite-only, similar to OnePlus’s strategy. The handset is already available in China for developers. 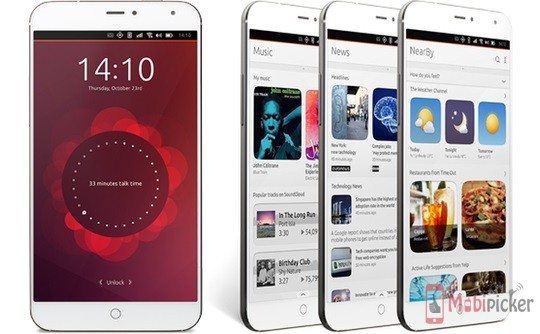 The Canonical briefed that invitations will be available through an interactive origami wall on its Meizu’s official site, and will be randomly generated on daily basis.

Cristian Parrino, VP of mobile at Canonical, said – [quote_box_center]This is a device for enthusiasts. We want to make sure the right people are buying the Meizu MX4 Ubuntu Edition, for the right reasons.[/quote_box_center]

It is not confirmed how many invitations will be made available per day or in whole, but Parrino said that “most will be able to get an invite.”

Specs-wise, the Meizu MX4 sports a 5.36 inch display with a resolution of 1152 x 1920 pixels, and is powered by an octa-core MediaTek processor. It packs a 20.7 megapixel primary snapper, a 2 megapixel front-facing camera for selfie, and a 2,320mAh battery.