MobiPicker
News Meizu Metal can be pre-ordered for $173
Share on Facebook
Tweet on Twitter
Deal Alert: 49% Off on ExpressVPN
Touted as #1 VPN in the world, ExpressVPN is now offering 49% off & an additional 3-months of service on its annual plans.

Meizu is undoubtedly one of the fastest growing smartphone OEMs in the world. It seems to be following the path that led to the success of Xiaomi. But frankly speaking, Meizu has been churning out smartphones that given even the Xiaomi phones a run for their money. Meizu smartphones are stylish, powerful, and reliable. The Meizu Metal is no different. 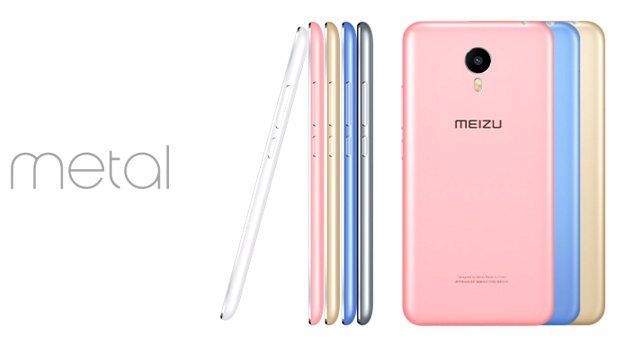 Launched about two weeks ago, the Meizu Metal aka Meizu Blue Charm Metal has been the centre of attraction for introducing a premium smartphone at an unbelievable price. Packing a Helio X10 octa-core Cortex A53 CPU which clocks 2 GHz, the Meizu metal boasts of 2GB of LPDDR3 RAM. It features a 5.5-inch LTPS LTC Full HD display and is kept alive by a 3,140mAh battery. There’s a 13MP camera with f/2.2 aperture at the rear, while a 5MP lens with f/2.0 aperture sits at the front. The Meizu metal comes in a 16GB and a 32GB variant, and there are five elegant-looking metal color schemes to choose from.

What’s gives a VFM feel to the Meizu metal is that it sports a full metal body, such high-end specs, and a fingerprint scanner too! Now that’s what we call affordable! In case this phone really impresses you, Everbuying is taking pre-orders for the Meizu Metal till 30th November. The 16GB variant costs $173.89 , while the 32GB version retails at $209.86