After a gap of almost 2 years, Meizu has finally launched a new smartphone in India dubbed Meizu M5. The smartphone carries a price tag of Rs. 10,499 and can be purchased right away. Let’s find out if the specifications do justice to the pricing. 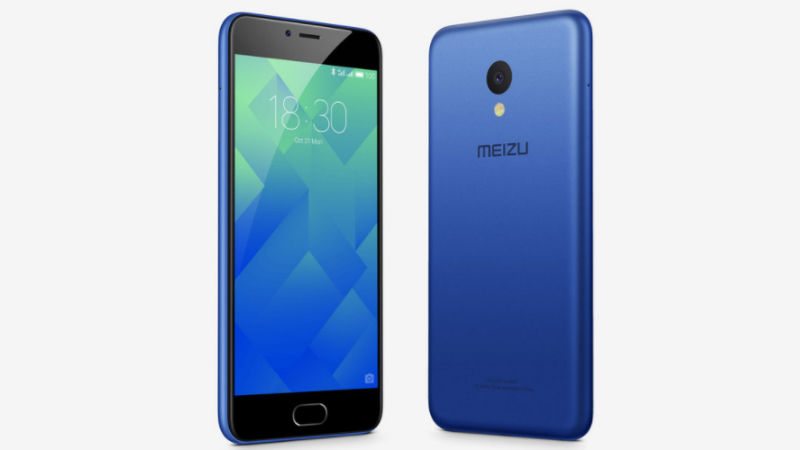 The Meizu M5 was first launched in China in October last year, but sadly, took a long time landing here. However, the smartphone does hold decent specs and build quality to make a mark on the already crowded and highly competitive segment.

Meizu M5 sports a 5.2-Inch HD (720×1280 pixels) display with 2.5D curved gorilla glass sheet on top. Underneath the hood, you will find a MediaTek MT6750 octa-core processor, Mali T860 GPU with 3 Gigs of RAM. Internal storage for the M5 stands at 32 GB with expandable capabilities of up to 128 Gigabytes. It’s a hybrid dual-sim smartphone with Android 6.0 Marshmallow skinned with Flyme 5.5.

Coming to the camera department, Meizu M5 rocks a 13 MP rear shooter with dual-tone LED flash, PDAF, f/2.2 aperture, and 5P Lens. Whereas on the front, you will find a 5 MP selfie shooter with f/2.0 aperture and 4P Lens.

On the connectivity front, Meizu M5 supports 4G VoLTE, WiFi 802.11 a/b/g/n (2.4GHz/5GHz), Bluetooth 4.0, and GPS/ A-GPS. The OEM hasn’t skipped any sensors on M5 and it includes infrared, accelerometer, ambient light sensor, proximity sensor, gyroscope, and a magnetometer. All this is powered by a decent 3070mAh battery.

Leon Zhang, Meizu Marketing Head, South Asia said, “We had launched M5 in China market a few months ago and within a short span of time, this particular model bought various accolades for Meizu’s M series. This overwhelming response further inspired us to introduce this device in Indian market which evidently is one of the key markets for Meizu.”

Meizu M5 Price and Where to Buy

Just as we mentioned earlier, the smartphone will cost you Rs. 10,499 in India. It will be available in two color variants of Gold and Blue. To purchase the smartphone, you need to visit the TataCliq portal HERE.