The colourful plastic bodies of Meizu m-series have been the eye candy since the launch of the series targeted specially for entry or midlevel device segment. Giving duck to a yearly refresh schedule, Meizu is all set to launch a new set of devices with m2 note and meizu m2 which will be launched on July 29th. In January this year Meizu m1 has been release with a Blue Charm color variant. 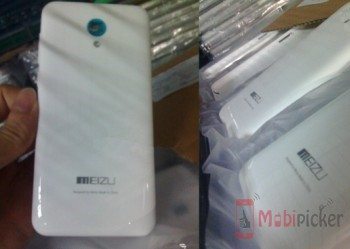 The ever exciting part of the Meizu’s product is the low price tag with a good blend of hardware specifications. Like meizu m1 had a 5-inch screen with 720p resolution, the meizu m2 will also have similar screen specifications as per the TENAA certification listing. Powered by a 64-bit MediaTek 6735 SoC with an octa-core CPU and a Mali-T720GPU, it sports 2GB of RAM, 16GB of native storage, and a microSD card slot to expand the memory capacity. With 13MP rear camera and a 5MP selfie camera it has a 2700mAh battery to keep the engine on. It will provide 4G LTE connectivity with dual-SIM capabilities.

AnTuTu benchmarks have leaked scores of meizu m2 passing the 28,000 point which is almost 3,500 points better than m2 note. Not to forget Meizu ruled the AnTuTu charts way back in 2014 and we have no reason to judge that its midranger devices would achieve the same again. However we expect that atleast this time these benchmarks score converts to a similar performance in the real world usage.