Meizu today raised the curtains from the m2 note, which is next in line to Meizu m1 note. Like m1 note, it is priced at similar price range and is available off the shelf at CNY999 (approx US$160) for 32GB storage and CNY799 ($129) for 16GB model, however this time there is more punch in the bag. 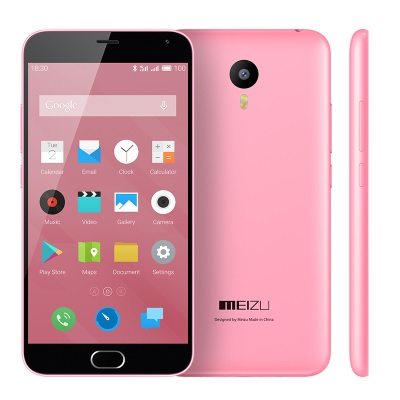 Meizu m2 note has a 5.5-inch FullHD IGZO display claiming a contrast ratio of 1000:1 and brightness at 450 nits. This time the meizu note  is supported by Mediatek MT6753 chipset which will allow the users to latch on to wider range of Global LTE bands. At Cat. 4 LTE it is assuring to give you upto 150Mbps download speed.

It also features an octa-core Cortex-A53 1.3Ghz processor and a Mali-T720 MP3 450MHz GPU. Powered by 2GB of RAM, it houses 32GB onboard storage which can be expanded through microSD card. However expansion is not possible in case you are using the second SIM. With 13MP rear snapper having Samsung made CMOS sensor and f/2.2 lens and 5MP selfie shooter with f/2.0 lens, the lens is protected by Gorilla Glass 3.

For easier access, the power button is shifted to the side and the capacitive home button has made way for a physical button. Measuring 150.9 x 75.2 x 8.7mm, it weighs 149g and houses 3,100mAh battery.

Below you can see the hands-on images of the Meizu m2 Note which has been just moved out of the elegantly designed white colored box.