Meizu is going to hold an event in Beijing on 13th June, and we had told you that the company will launch the new Meizu Metal 2 at the conference. Well, it looks like the phone might actually be called the Meizu Charm Blue 3S. A new real life image of this phone along with some other details have leaked out today. 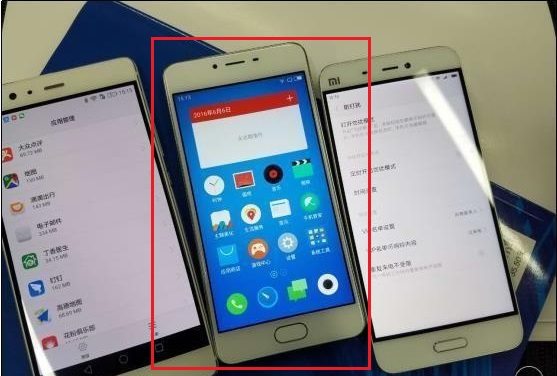 One of our reliable Chinese sources sent us an image of three smartphones, and the Meizu Charm Blue 3S has been marked in Red in the middle.The phone looks decent as a budget smartphone and gets a fingerprint sensor on the front home button. The body is said to be an all-metal casing, and the phone has got a 5-inch HD screen.

The Meizu Charm Blue 3S is powered by a 1.5GHz MediaTek MT6750 octa-core processor. One variant of the phone will get 2GB RAM with 16GB internal storage, while the other version will flaunt 3GB RAM with 32GB internal storage. Of course, there will be a microSD slot. A 13MP rear camera with PDAF and a 5MP front camera have been confirmed. The phone will get a 3000mAh battery and will come in Blue, Grey, Gold, Silver, and possible a Pink Gold or Rose Gold color. 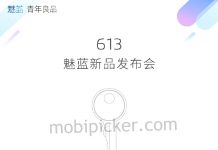 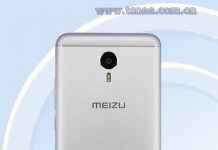