A couple of days back, we told you about the new Meizu Blue Charm Metal 2 that passed through China’s TENAA. We all know that after TENAA’s certification, it does not take long for the device to get launched, and we have seen devices getting certified on the day of their launch. Well, Meizu has sent out the launch poster of its next event, but it looks like this is going to be a new device. 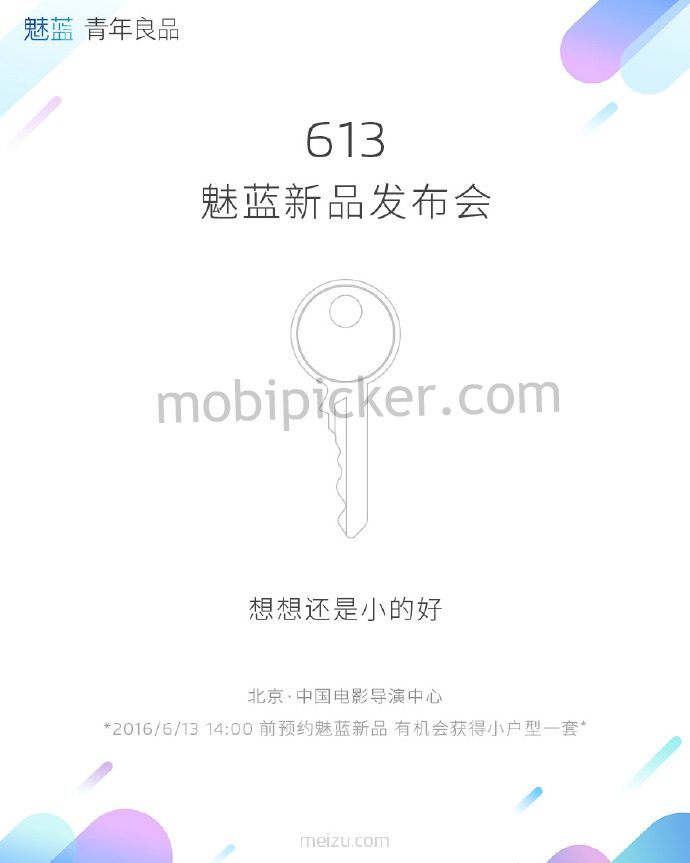 Meizu is holding an event in China on 13th June, and it is being expected that the Meizu Metal 2 or Meizu Blue Charm Metal 2 will be launched at the venue. However, the phone on TENAA sported some different specs, so it is being expected that the company might launch a different version or an altogether different phone at the event. The new phone is expected to carry a full metal body along with a 3000mAh battery. Expected with a fingerprint scanner, the phone will be priced at a very competitive rate and will be a great phone in the budget segment.

According to sources from China, Meizu might release two variants of this phone, one with 2GB RAM and 16GB storage, and other with 3GB RAM and 32GB storage. The 2GB variant might be priced at CNY 799 ($121), while the 3GB version might cost CNY 899 ($136). Other than that, the phone will come with a 5-inch HD screen, 1.5GHz octa-core MediaTek MT6750 processor, 13MP rear camera, 5MP front camera, and various metallic color options.

The price of the alleged Meizu Blue Charm Metal 2 / Meizu Metal 2 seems extremely attractive for the specs it offers. The 13th June event will reveal all the other details, so stay tuned.