Meghan Markle and Prince Harry shocked the world when they announced their romance. Despite being from a royal family, the young prince has ensured that nothing comes in between them. And he proved it yet again by traveling extra miles to reach Toronto and spend some quality time with his girlfriend. Check out in detail!

According to Express, recently Harry made a complete trip of 11, 569 miles only to be with his girlfriend. The 32-year-old royal is scheduled to visit Malawi where he will be staying in a  £350-a-night camp and will also enjoy an elephant safari in Liwonde National Park. But prior to that, he stopped off at the Canadian capital just to see his 36-year-old girlfriend.

To reach Markle, the prince had to travel extra 11, 569 miles as the destination was out of his way. It certainly is a romantic gesture on his part which demonstrates the strong bonding between Meghan Markle and Prince Harry. 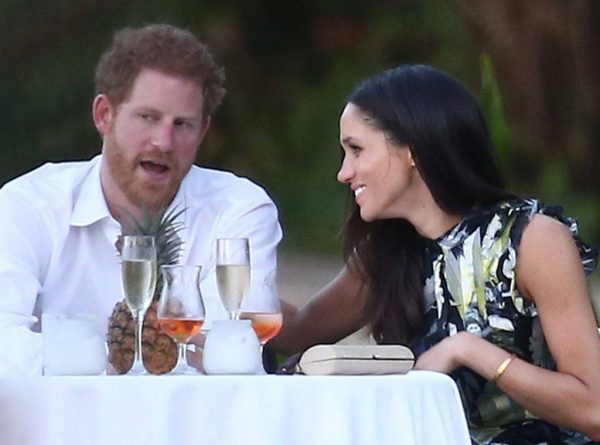 The couple spent the weekend relaxing on the patio of the actress in Toronto. According to Vogue, they cooked meals together, ate in the garden outside as it is the favorite place of the “Suits” actress. Markle calls the garden her favorite room because it is a perfect space near the patio.

Prince Harry Gets Back To Malawi

Later on, Harry went on to continue his trip from Toronto to Malawi. Since you cannot fly directly to Lilongwe-the airport of Malawi from Toronto, he had to go to Washington, D.C. Here he had a Layover of 3 hours and 22 minutes and then catch a flight to the Ethiopian capital, Addis Abada. Again after a layover of two hours and 35 minutes he boarded a four-hour flight to Lilongwe from Addis Abada.

So, the complete trip took almost 23 hours for Prince Harry to reach Malawi. And if you include his flight to Toronto from London then it would be around 31 hours. It indicates how strongly Meghan Markle and Prince Harry feel for each other. Hence, it would not surprise anyone if they announce their engagement soon.