Inspired by the success of the UMi Plus, arguably the best budget flagship smartphone of 2016, UMi Digital has launched yet another new 4G smartphone dubbed UMi diamond. The new handset comes with tapered edges with a metal frame and dual curved body that not only enhance the aesthetics but also provide a better grip on the device. 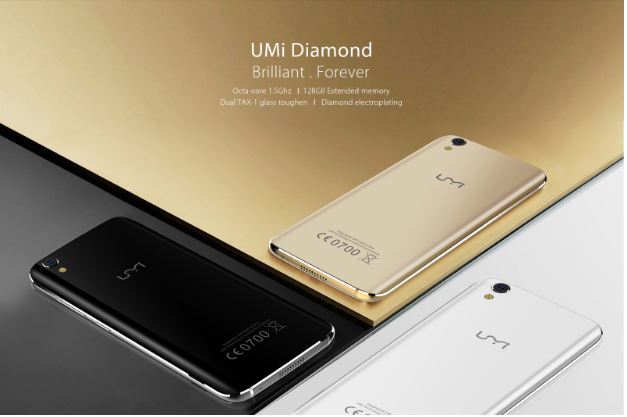 UMi chose the 64 bit MediaTek 753-series octa-core processor clocked at 1.5 GHz to power the new device. The MTK753 is complemented by the ARM Mali T720 GPU and 3GB of LPDDR3 RAM.

Among other key specs, the UMi Digital brings you 16GB native storage which can be expanded up to 128GB using a microSD card. It runs on the Android 6.0 Marshmallow out of the box, but could get further updates moving forward. The capacity of the Li-Polymer 4.35V battery placed on the rear side stands at a respectable 2,650 mAh. 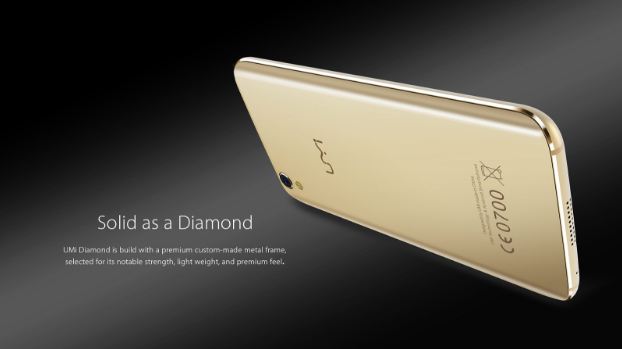 The IPS LDC display is sized at 5-inch and it brings along a resolution of 1,280x720p protected with T2X-1 glass on top.

The 8MP Hi843b camera on the rear panel comes equipped with LED flash (interpolated to 13MO) whereas the selfie-shooter at the front is a 2MP SP509. Other standard features include sensors like Distance sensor, Hall switch, Gravity sensor, Proximity sensor, and a few others, as well as Bluetooth v4.0, GPS, and A-GPS.

Available in Black, White and Gold color variants, the UMi Diamond will be available for pre-order at $99.99 starting October 20. It is worth noting that the handset will be priced at $119.99 after the pre-sale time, so if you are thinking to get the one, do it now itself. You can check out the more details UMi’s official website.