The attendees of the 4G/5G summit in Hong Kong was taken by surprise on Tuesday when Qualcomm announced the first ever 5G modem in the world. Dubbed Snapdragon X50, the modem operates in the millimeter wave (mmWave) spectrum in the 28 GHz band.

In the follow-up announcement, Qualcomm clarified that the Snapdragon X50 will deploy Multiple-Input Multiple-Output (MIMO) with adaptive beamforming and beam tracking techniques. Before we delve into further details, we want to draw your attention to the fact that you can get a peak download speed of up to 5Gbps (625 Mbps max download speed) with 800 MHz bandwidth. 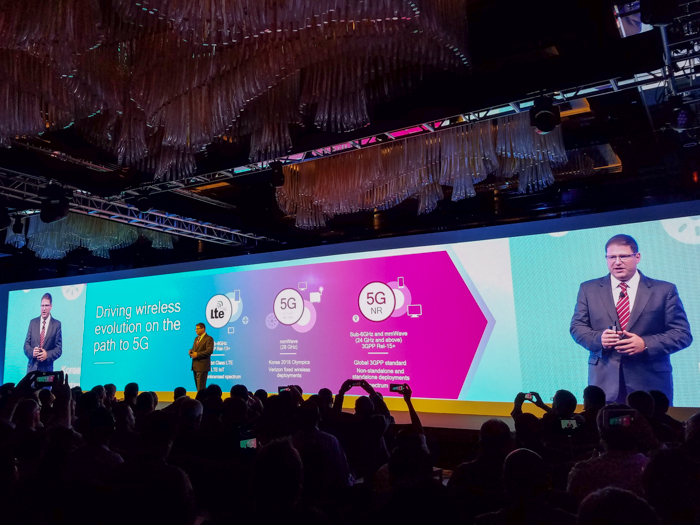 Theoretically, the Qualcomm X16 happens to be first ever gigabit-class model that can deliver a peak speed up to 1000 Mbps, or 125 Mbps maximal speed.

Compared to that, the Snapdragon X50 is actually a chip that operates in unison with Snapdragon 4G modems. As for availability, the SD X50 is likely to be officially launched in the second half of 2017 which essentially means that the first wave of devices featuring it won’t hit the store shelves before 2018.

“Utilizing our long history of LTE and Wi-Fi leadership, we are thrilled to deliver a product that will help play a critical role in bringing 5G devices and networks to reality. This shows that we’re not just talking about 5G, we’re truly committed to it.”