After Helio X20, MediaTek’s next-generation flagship processor has been named Helio X30 and still uses the ten core design.The company unveiled the new MediaTek Helio P20 chipset at the MWC 2016, thus expanding its P lineup of SoCs. Rumors over the internet that MediaTek might give Qualcomm a tough Fight with its X30 processor might become a reality. 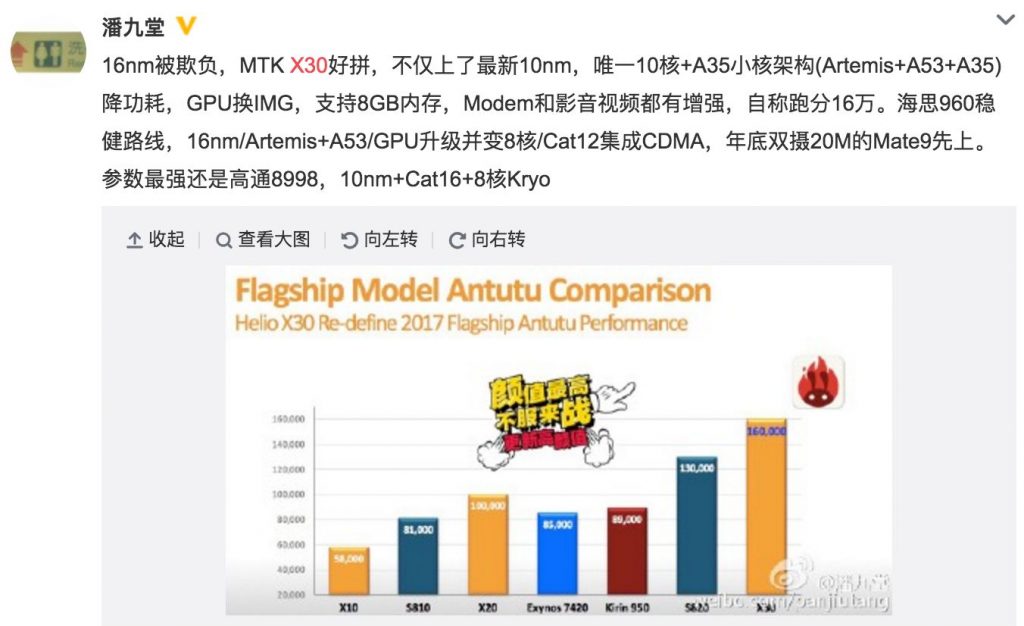 Today, analyst Pan Jiutang just broke the news on Weibo that MediaTek Helio X30 will use 10nm manufacturing process and will come with ten cores. It will use Cortex-A35 small core architecture, and the concrete core will be Artemis + A53 + A35. Though the number of each core isn’t clear yet.

There is no doubt that MediaTek’s goal is still to reduce power consumption, but is the ten core really useful? At least for now MediaTek has not been able to prove. The X30 will come with a better PowerVR GPU and will support up to 8GB of RAM while improving audio-visual and baseband support. 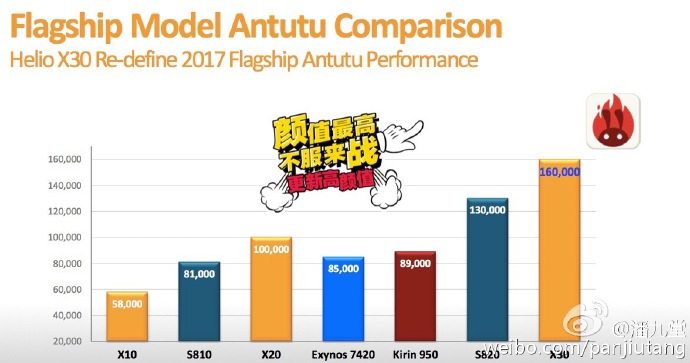 As for performance, from Pan Jiutang revealed in an image that the MediaTek Helio X30 scores 160,000 on AnTuTu, which slightly better than Snapdragon 820. Should Qualcomm be worried now? Comment below.