Just in case you didn’t notice it yet, MediaTek seems to have upped the ante in its battle for supremacy in the SoC market by increasingly redirecting its resources for making rather unique chips. Having wooed fanboys and critics alike with the world’s first deca-core SoC, the Helio X20 / X25, the company is now moving on to the Helio X30, another deca-core SoC with a truly impressive alignment. 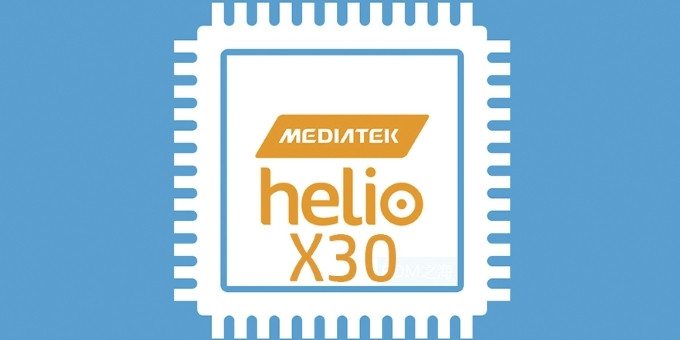 We are yet to have MediaTek’s confirmation on it, but the word around the water cooler is that the Helio X30 will start shipping sometime in the second quarter of 2017, with the mass production slated to begin in the first quarter. 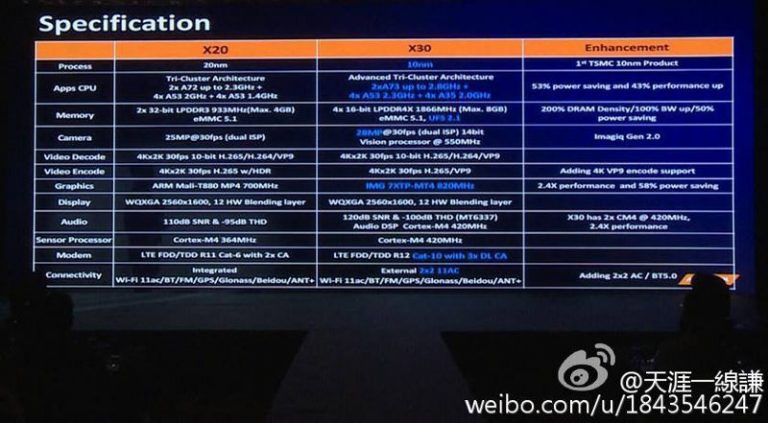 One of the brightest aspects about the Helio X30 specs is that it is 53% more power efficient compared to the Helio X20 while simultaneously delivering 43% performance increase. Also, MediaTek’s decision to go with the Cortex A35 is going to be instrumental in ensuring huge power saving as it is so far the most power efficient core in ARM’s portfolio.

Meanwhile, the Cortex A73 pair will help in a seamless execution of more resource intensive tasks such as gaming whereas the four Cortex A53 will handle most of your browsing and other not-so-resource-intensive tasks.

The SoC also features a camera DSP processor called the Imagiq Gen 2.0 featuring 28MP camera support at 30 frames-per-second with dual ISP 14-bit Vision processor at 550 MHz which is considerably better than the X20’s 25MP at 30-fps with dual ISP.