It has been nearly a year since a NASA spacecraft spotted something quite scary on the surface of the Sun. It was a giant hole that could easily trick an untrained mind into believing that some rogue force of Nature was slowly devouring our beloved Sun from the inside out, thus paving the way for an inescapable doom for all life on Earth including mankind.

The hole is still there, and in fact, could be growing in size. So should we freak out and start screaming and running around in circles? 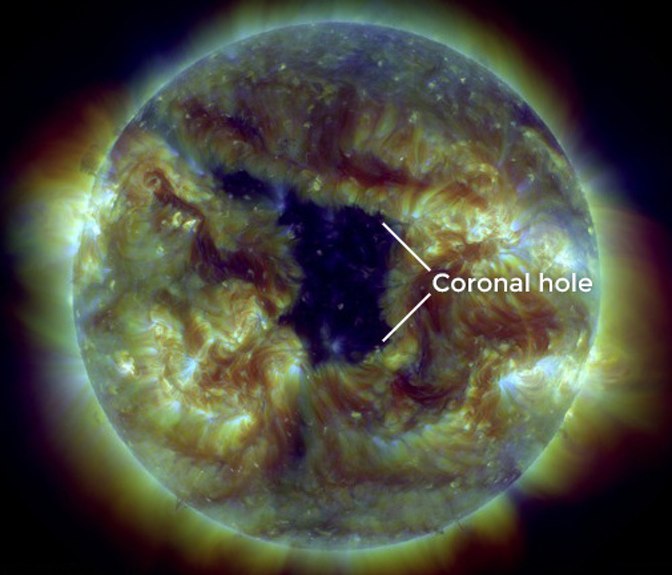 According to experts, the recently discovered hole is sending off a couple of intense solar storms directly our way. The said solar storms hold the potential to severely disrupt operations at power grids across the globe on an alarming scale. And the last time we checked, power grids are kind of the backbone of human civilization.

As a matter of fact, if preventive measures are not taken on time, these solar storms can severely damage electrical and communication systems all over the world. Think of a scenario when many of such key installations all over the world suffer heavy damages. It could take humanity anywhere between a few days to several years to get back on its feet depending on the intensity of the solar storms and our level of preparedness.