A massive iceberg spanning over 2,000 square miles in surface area – roughly the size of Delaware – is on the verge of detaching from one of the largest floating ice shelves in Antarctica. Upon detachment, the iceberg containing 1 trillion tons of ice is expected to float off in the Weddel Sea, across the south of the tip of South America. 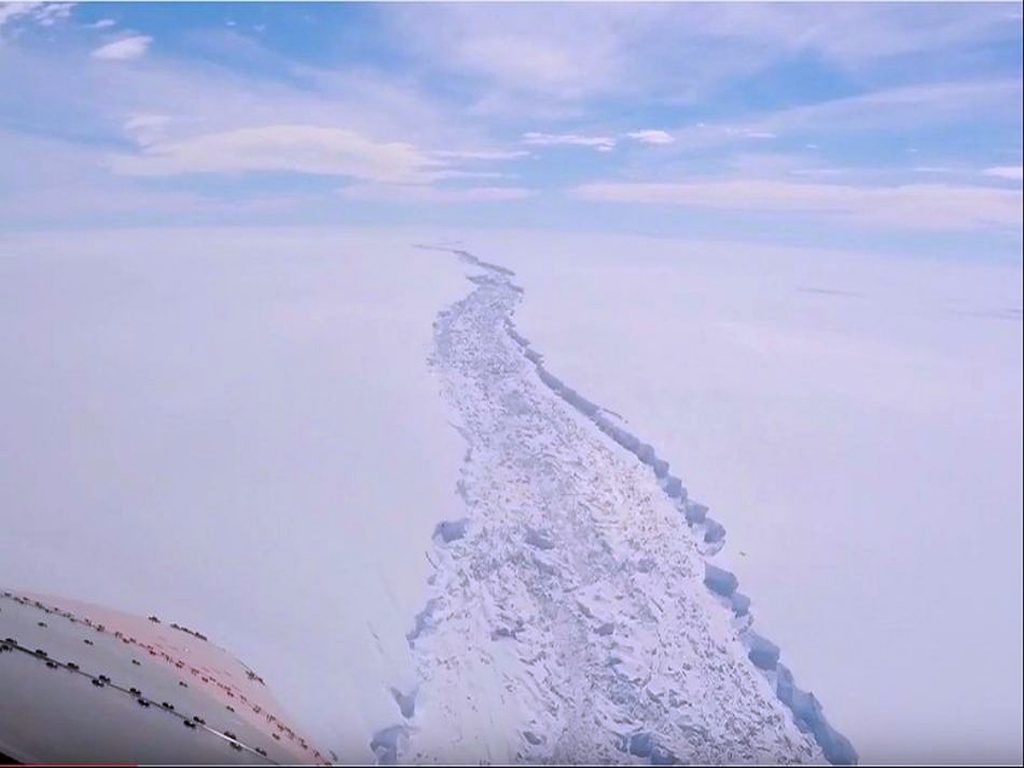 The event, which is likely to take place any time now, doesn’t come as a surprise, though. Scientists have been expecting this break away for awhile now. They have been carefully observing the progress of a crack in the Larsen C that has now extended to more than 100 miles in the past few months.

According to the evidence gathered by researchers associated with NASA and University of California, only 3 miles of ice currently connects the iceberg with the larger shelf. Meanwhile, the parts of the iceberg that already detached have been moving toward the sea at a rapid pace, causing further widening of the rift in the recent weeks.

This has also caused the remaining ice “strained near to breaking point,” said Adrian Luckman, one of the scientists studying Larsen C at the Swansea University in Wales.

Note that on its own, the calving event won’t have any major impact on the global sea level because the iceberg that has been detaching quickly is already afloat in the ocean. However, it can’t be ruled out that the event will eventually expedite the destabilization of the much larger Larsen C ice shelf.

“Of course this is due to climate warming in the peninsula,” Eric Rignot, a NASA and University of California Irvine expert on Antarctica, said in an email, NDTV reports.

Many don’t quite agree with that threat assessment, though.

“We do not need to press the panic button for Larsen C. Large calving events such as this are normal processes of a healthy ice sheet, ones that have occurred for decades, centuries, millennia – on cycles that are much longer than a human or satellite lifetime,” Helen Amana Fricker, an Antarctic scientist at the Scripps Institution of Oceanography, says. 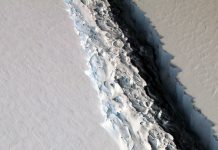 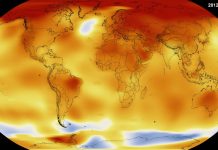