Bioware’s new sci-fi RPG Mass Effect Andromeda has hit the store shelves earlier today. So, it’s high time for those of you planning to grab the title to update your graphics drivers. That should not be a big deal, though, as both AMD and NVIDIA have already made available the updated graphics drivers. But, before move on to the AMD/NVIDIA download pages, here’s a couple of other important aspects that you might want to know. 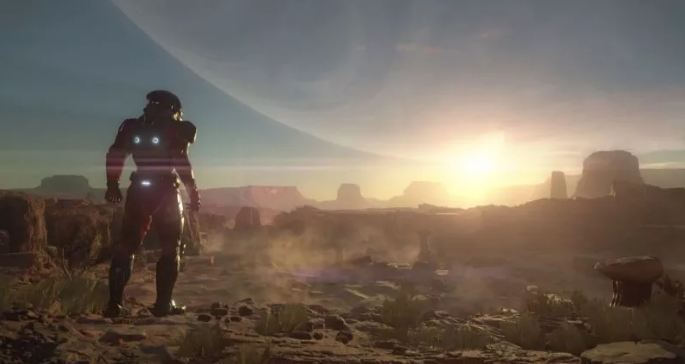 In addition to encompassing all necessary ingredients to ensure that your experience with Mass Effect Andromeda is smooth and flawless, the driver updates contain other notable improvements as well.

For all you NVIDIA users, if you are planning to purchase the title later this week, then you are recommended to upgrade your existing driver to the GeForce Game Ready 378.92, which also happens to feature some key optimizations for Rock Band VR (scheduled to hit the Oculus in a matter of days).

As you would expect, NVIDIA is encouraging users who settle for nothing but the best visual experience in their gaming to download the driver. If you are interested, the graphics giant is allowing a glimpse of what the game would look like in 4K with HDR enabled in a showpiece video. Note that you will require an HDR compatible TV or monitor to experience the superior quality.

As for AMD users, you folks are being advised to upgrade to Radeon Software version 17.3.2 which promises as much as 12% of improvement for RX 480 users. A tessellation profile has also been added to ensure an even more enhanced experience for users of Radeon GPU.

The new driver version reported fixes a corruption issue displayed in the Division while used along with DirectX 12 API. Apart from that, black and flickering screen issues have also been patched for those using multi-GPUs to play For Honor.