Mass Effect: Andromeda is a dialogue-heavy game, after all the game is an RPG. You’ll speak with numerous NPCs during the course of the game, and for all Mass Effect veterans, the dialogue system will look a bit strange. The fact that the game came out 5 years after the Mass Effect 3 and that the work was done by a different studio tells enough why dialogue system changed so dramatically. Let’s see what each of the icons you’ll find in dialogue choices means. 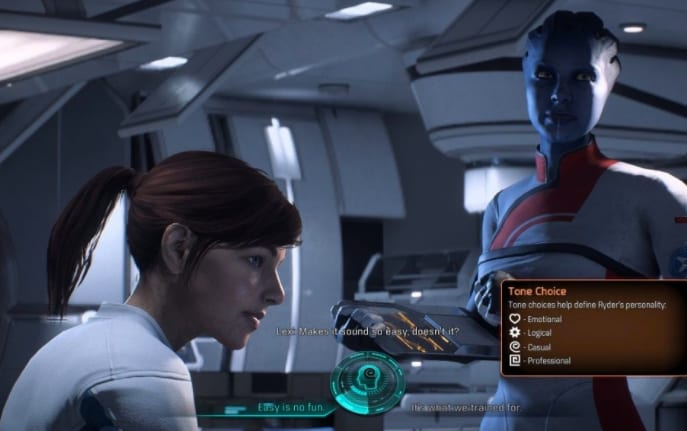 If you choose an emotional response, expect a friendly, or a flirty response. On the other side, we have casual responses, which are often sarcastic. Be wary of them, choosing a casual response may get you in trouble in certain situations.

There are some additional icons that can be found during dialogues from time to time. The most important icon looks like three arrows pointing at different directions; this icon represents a story decision so be extra careful with your choices when you see this icon. A question mark represents asking a question (really!?), the friendship icon is represented by two stick figures holding hands, and the flirt icon looks like a heart. The two icons are always found on the left of the dialogue wheel.