A Facial Animator at EA (Electronic Arts) has been threatened by some fans over her animation work on the popular Mass Effect: Andromeda video game. 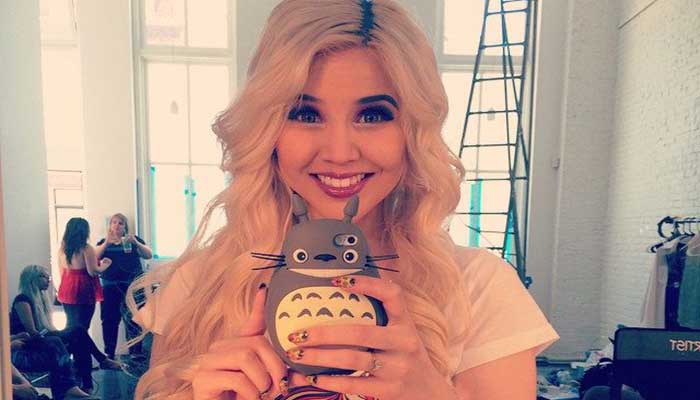 It’s now evident that a number of Mass Effect: Andromeda fans have threatened Allie Rose-Marie and have left derogatory comments on her twitter account.

Following is the Bioware’s tweet on Allie Rose-Marie’s role at EA as the Lead Facial Animator. This tweet denies her being an EA employee as well.

Although, EA has denied her position as the Lead Animator. They said that she was Misidentified as being the lead animator of the game’s development team, and Bioware’s Aaryn Flynn has issued a statement that she (Allie Rose-Marie) is not an EA employee anymore. This statement by EA’s representative is an interesting twist in this story since Rose-Marie twitter account states that she is the Lead Facial Animator of Mass Effect: Andromeda. After all these happenings, she has changed her twitter account and it’s evident by her LinkedIn Account that she has never been a Facial Animator at EA ever. Following is an image previously captured of her LinkedIn account before she changed it. 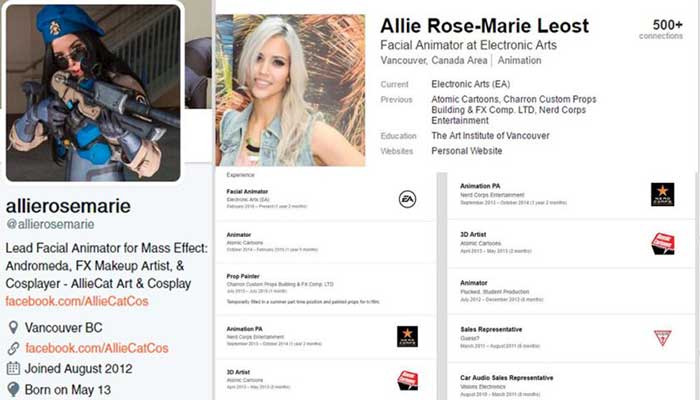 Despite being a facial animator being good or bad or not working for Mass Effect: Andromeda or EA at all, people should not be allowed to harass or personally threaten an individual for their work on any game or anything else.

If you are a keen Mass Effect: Andromeda, Bioware, or EA follower, you must have something to say about what’s going on. Do let us know your thoughts on the matter. Leave a comment below if you have to say something.