Mark Zuckerberg is planning to take the Oculus Rift and virtual reality applications beyond video games. The Facebook founder said is a blog post that he is about to reveal ‘Something New’ for Oculus today. 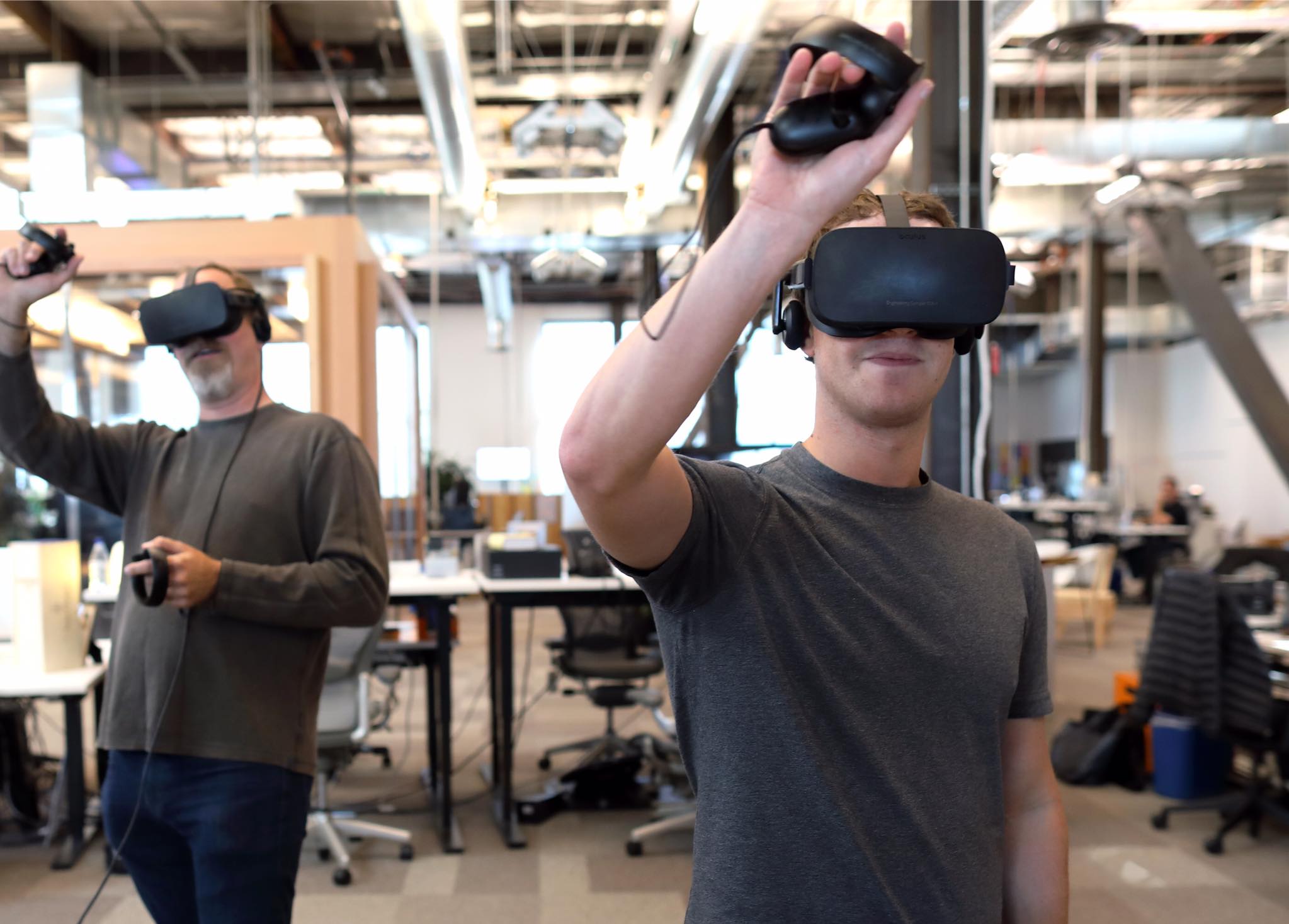 The Facebook CEO posted a picture of himself wearing the Rift and Oculus Touch controller. “Getting ready to demo something new we’ve been building in virtual reality,” the description read. He hinted at the reveal of the new project at the Oculus Connect presentation today. Mark Zuckerberg has been quite vocal about multiple uses for VR beyond games and entertainment. Facebook announced the acquisition of Oculus VR in March 2014.

“After games, we’re going to make Oculus a platform for many other experiences. Imagine enjoying a court-side seat at a game, studying in a classroom of students and teachers all over the world, or consulting with a doctor face-to-face — just by putting on goggles in your home.

By feeling truly present, you can share unbounded spaces and experiences with the people in your life. Imagine sharing not just moments with your friends online, but entire experiences and adventures,” said Mark Zuckerberg during the acquisition.

Facebook has a dedicated team working on ‘social’ virtual reality experiences. The company has stated that their Social VR team focuses entirely on exploring the future of social interaction in VR. It aims to explore how people can use today’s VR technology to connect and share. It is also looking at long-term possibilities as VR evolves into an increasingly important computing platform. Facebook is working closely with Oculus to build the foundation for tomorrow’s social VR experiences on all platforms.

In the future, VR will enable even more types of connection. Like the ability for friends who live in different parts of the world to spend time together and feel like they’re really there with each other. – Facebook wrote in a blog post.

We might see a new chapter for Oculus story and next set of applications for Virtual Reality [VR].