A new update for Mario Kart 8 has just been landed on Nintendo Switch. The new update brings in various performance tweaks and adds a new outfit for one particular character you love the most. The update 1.2 is only accessible on Nintendo Switch and involves Amiibo-based content access as well. 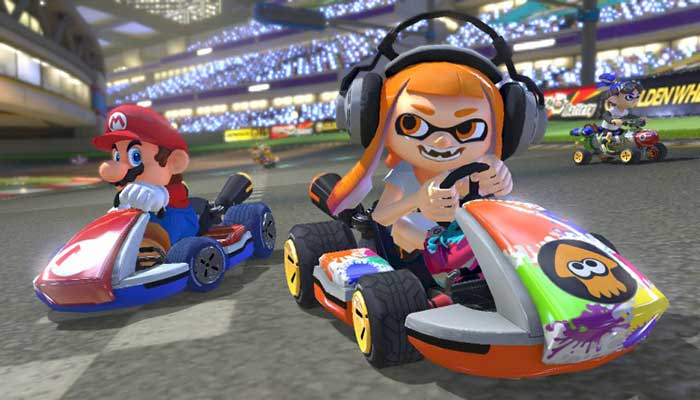 As the patch notes for the Mario Kart 8 update 1.2 reveals, you can now enjoy a special piece of free DLC to get a new outfit for your Mii character. The Pikmin-themed Amiibo can also be used to unlock a new Pikmin costume for the Mii character.

The new update 1.2 also has brought in another fantastic new feature. The new feature makes the Race Rules and Course Names visible on the loading screen. Online matches are also now more viable as in the new update, Nintendo has made it easier for the fans to catch up with the bosses/leaders in online race matches.

Several bug fixes, performance, and online item tweaks are also part of the new update 1.2. Based on the information that the patch notes have revealed, fans can use the Pikmin Amiibo to unlock a new suit for one specific character Mii.

In addition, rules and course names are shown at the load screen for both online and wireless play along with the Mario Kart TV. From now on, only two Piranha Plants will be given instead of three, four, or five. Furthermore, game and character controls are also now improved and fans will no longer face the unresponsiveness.

For full detail about the new Mario Kart 8 update 1.2, please check out the full Patch Notes below.

Players can use Pikmin-themed amiibo to unlock a Pikmin Suit for the Mii driver.
Race rules and course name are now displayed on loading screens for online and wireless play, as well as Mario Kart TV.
Players who are behind in online matches will receive items geared toward catching up more frequently.
In online matches, no more than two Piranha Plants will be granted as items at the same time.
Controls are no longer unresponsive when the timer runs out when choosing a Mii racing suit for online matches.

When a player uses an item right after the Super Horn in online matches. That item will now remain available for other players.
Item wheel no longer spins continuously in online matches.
Online matches now end as intended 30 seconds after the first place racer finishes.
The Boomerang now returns to the first slot, if possible, after a player catches it.
Items shown in a player’s item slots now display correctly when holding an item behind them.
No longer possible to use an item after it has been used to block an attack.
Communication errors no longer occur frequently while spectating or after spectating online matches.