MobiPicker
News Windows 10 Mobile and Windows Phone Will No Longer Support HERE Maps
Share on Facebook
Tweet on Twitter
Deal Alert: 49% Off on ExpressVPN
Touted as #1 VPN in the world, ExpressVPN is now offering 49% off & an additional 3-months of service on its annual plans.

Come 29th March, and you won’t be able to download the HERE Maps on your Windows Phone and Windows 10 device from the store and starting June, the apps won’t be supported on devices powering Microsoft’s mobile or desktop platforms. 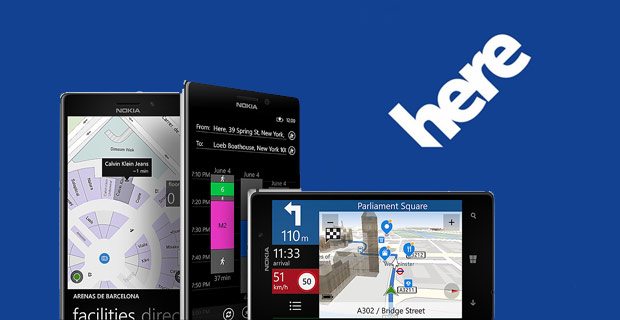 The takeover of Nokia’s Devices and Services unit by Microsoft was completed last year with efforts to reach an agreement over the HERE Maps suite, the mapping solution developed by HERE and owned by the Finnish phone manufacturer.

But, things didn’t materialize and Nokia put HERE maps on sale, with a German consortium, including Audi, BMW, and Mercedes, purchasing it in August 2015.

The development of HERE maps will continue on non-Microsoft platforms, like Android and iOS, both of which have companion apps for cars manufactured by these German firms.

All this was announced today by HERE. Following is what the company had to say.

“In the last few months, we made the HERE apps compatible with Windows 10 by using a workaround that will no longer be effective after June 30, 2016. To continue offering the HERE apps for Windows 10 would require us to redevelop the apps from the ground up, a scenario that led to the business decision to remove our apps from the Windows 10 store,” the company announced.

“This means the HERE apps will no longer work on devices running Windows 10 mobile after June 30, 2016. To prepare for this change, we have also decided to remove the HERE apps from the Windows 10 store on March 29, 2016.”

Though the news doesn’t do any good to Microsoft ailing platform, it doesn’t affect it much either. Microsoft already has its own Maps application in place which uses mapping data from HERE Maps with plans of further enhancements in near future.