MobiPicker
News Maniac Flashes Samurai Sword at Apple Store, Yells “I just want an...
Share on Facebook
Tweet on Twitter
Deal Alert: 49% Off on ExpressVPN
Touted as #1 VPN in the world, ExpressVPN is now offering 49% off & an additional 3-months of service on its annual plans.

How far would you go to get an iPhone? Skip your lunch and save the money? Rob someone? Well, all these schemes (along with selling your kidney) seem old now, and the latest technique of asking for an iPhone seems to be by flashing a samurai sword!

Surprised? So were the people at the Fifth Avenue Apple Store in New York City, when a man walked into the store with a samurai sword in his hand. Witnesses say that the man started flashing the sword and continuously kept yelling “I just want an iPhone”. 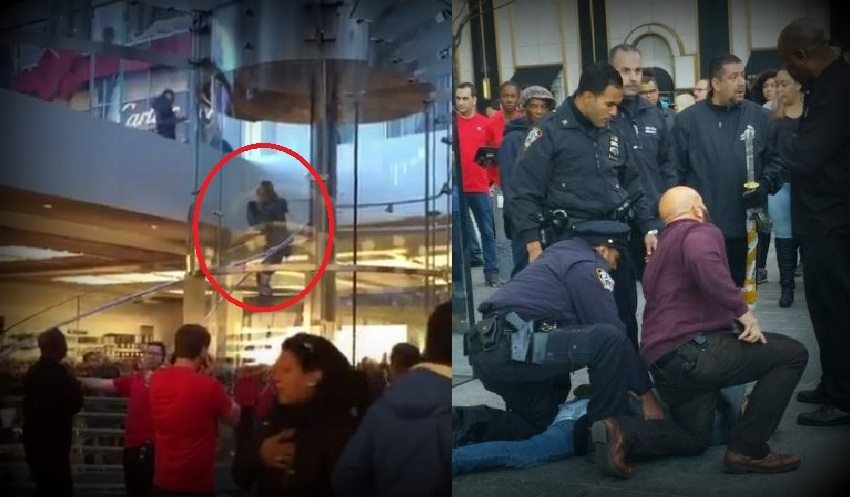 The man in question was wearing a bucket cap, a grey jacket, and held an unsheathed sword. Though the man was flashing his shiny sword on the spiral staircase of the store, he did not threaten any staff or other customers.

As you can easily guess, police arrived at the scene very quickly and arrested the man. A witness has stated that the sword that he was carrying had a shiny, curved blade of around 2 feet. Even though the man didn’t harm anyone apart from creating a weird scene, it must have been scary for the Apple Store employees and buyers.

The man has been transported to Bellevue Hospital and his mental condition is being assessed. We guess simply gifting him an iPhone would probably cure his mental disturbance!