Magikarp Jump is available on both Android and iOS devices for all the Fans who’ve been waiting to capture some Shiny Magikarp. The latest big event in Pokemon Go was the Rock-type event in the Adventure Week. The Legendary Pokemon inclusions to the game as part of a new update were rumored and there is still no confirmation on when they’ll become part of the game again. 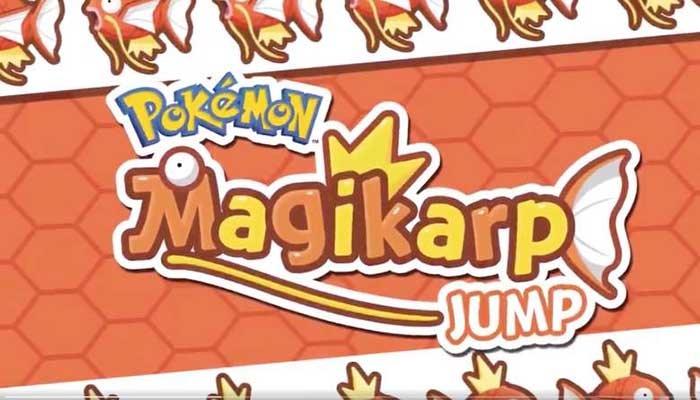 However, this new app and possibly the Pokemon Go’s biggest rival, Magikarp Jump by The Pokemon Company allows the fans to create some of the most majestic Magikarp ever. As we know that Magikarp are originally famous because they are the pathetically weak, unreliable, and useless to some extent.

However, Magikarp can learn any of the powerful moves instead of just flopping around and splashing. In the Magikarp jump, you’ll have tons of events along with other abilities. And you can make it jump until it can.

Pokemon Jump offers a variety of simple controls and by using them, you can create an unlimited number of generations of the Shiny Magikarp. According to the developer, by simply tapping the food that appears on the screen, you can make it one of the most powerful Pokemon ever. By completing its training, you can increase it’s jumping abilities and power.

The fun thing in the Magikarp jump is that it allow you to raise generations of Shiny Magikarp and until you raise one generation, the next generation grows to the max.

According to the Pokemon Company, the developer of Magikarp jump;

“What is this world coming to?! It’s a Pokemon game all about the weakest Pokemon ever – Magikarp! Anyone can play this simple game in their spare time to create the most majestic Magikarp ever in this official Pokemon app!”

Fans of Magikarp can discover almost all kinds of this particular Pokemon by using many of the available patterns such as Calico, Polka Dots, etc. When you’ll encounter a rare Magikarp, you can also show it off on the Social media to your friends.

In addition, players will have Pokemon such as Pikachu and Piplup always at your disposal if you need any help with the Magikarp. A number of other popular Pokemon are also part of the game that will eventually help you grow your Magikarp.

Other related choices in the game are the abilities to decorate your ponds and raise more and more rare Magikarp in them. Growing your Magikarp faster by using all the available options is as fun as the original Pokemon Go game.

For all the hardcore Pokemon Go fans who’ve been missing the Shiny Magikarp can now enjoy capturing, creating and growing them at their own pace. Hopefully, this game will be a great entertainer for the fans. If you haven’t yet tried this marvelous new title, you can download it from the official iOS App Store for iOS and Google Play Store for your Android devices.

Don’t forget to let us know about your experiences with the Magikarp Jump. Please leave a comment below.