Mafia 3 is a huge project. Many dollar bills are spent in recreating 1960’s New Orleans and its lively districts. Beautiful sceneries, impressive visuals, the streets brimming with life. There’s no doubt that Mafia 3 is one incredibly beautiful game. But the game has some pretty big shoes to fill in. First Mafia game was and still is one of the few proper video game masterpieces, with an intricate story, incredible gameplay and top of the notch graphics for the time it was released. Mafia 2 was pretty, and had a solid story, but repetitive gameplay prevented it from reaching the skies.

Mafia 3 looks like a decent new entry to the series, at least graphically-wise. The map features 10 unique districts, from bristling French Quarter, to muddy Louisiana swamps, filled with gators.

The game is set in 1968, and it follows a man named Lincoln Clay, a Vietnam vet and a member of New Orleans’ mob in his journey of revenge. From earlier trailers, it looks like the story will be a worthy of Mafia name, the only difference being the new setting. American South with all of its different cultures, racism issues, lively characters and that unparalleled southern charm looks like a perfect backdrop for a new Mafia game.

And then E3 came and showed us that the main fault of Mafia 2, its repetitive gunplay mechanics, is back, threatening to sink the new game into depths of gaming failures months before it’s even released. The graphics are supreme; the architecture of 1960’s New Orleans is recreated in a superb way, but shooting fells as underwhelming as it gets. Basically, it’s like this: take cover, fire your gun, take cover again, wait a bit, throw a grenade, shot some more, go to the next shootout. 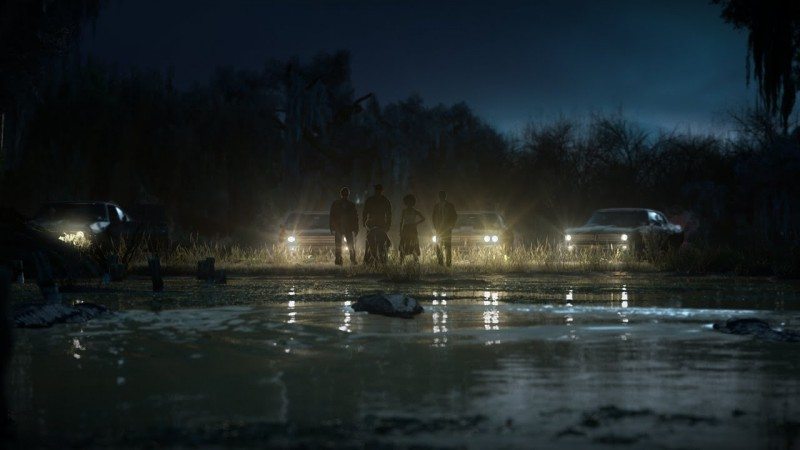 A couple of missions looked rather weak; assassinate a target (by walking to him and shooting him in the face), and then take your shotgun and kill remaining enemies. Where’s the fun in that? We want something new, more creative; this way of doing missions was fun more than ten years ago, now it’s just frustratingly tiresome . And now, with all of these resources, time and money, Hangar 13, developers of the game, couldn’t think of something more interesting. I want to be able to travel to the swamp, catch myself one huge gator, get it in the cage, and then release it inside a house of my assassination target while he’s asleep. Much more creative, and fun.

And even if we talk about a regular gunplay, it seems that GTA V or recent Doom did this much better. The first with its huge selection of guns and incredible freedom in choosing how to use them, and the second with its rhythmic, fast-paced combat that makes you sweet adrenaline. OK, there were some interesting things, like when Clay choosing who’ll be responsible for managing a new territory he conquered. But, right now it seems that Mafia 3 will bore you very quick, we just have to wait for a couple of months to see if this will really be the case. Please, guys at Hangar 13, don’t disappoint us, please.