One of the newest additions to the MacBook Pro 2016 will be the OLED display. The OLED display will replace the traditional function keys. That the function keys will be replaced by OLED display is also confirmed by the upcoming macOS Sierra’s support for the extra hardware. MacBook Pro fans are already excited about this new feature. In addition to the OLED strip,  in the new MacBook Pro 2016, Touch ID will most likely make its appearance. Just as in iOS devices, this new feature will allow unlocking with user’s fingerprint. What however remains to be seen is Touch ID feature integration into the OLED screen. When macOS Sierra launches this fall, Apple Pay functionality can very well be used on MacBook Pro seamlessly by combining the potential of Apple Web Pay and the new Touch ID. 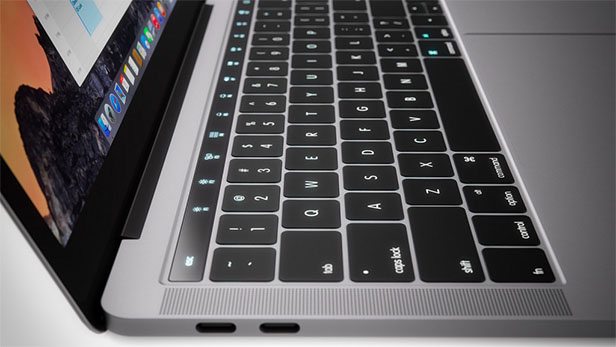 According to Yibada, Apple is expected to stick to its usual screen sizes. The MacBook Pro 2016 is therefore expected to sport a screen size of 12 – 15 inches. The screen is likely to have a high-resolution retina display. The USB 3.1 will also make its appearance in the MacBook Pro 2016. So, in all, OLED display, fingerprint scanner and USB 3.1 will be the main attractions for the upcoming Pro.