It goes without saying that membrane keyboards are widely seen by many PC gamers as a source of a great deal of annoyance, albeit one they have to learn to live with for the lack of quality alternatives at reasonable costs. It seems like Logitech had that issue in mind when it went to the drawing board for the new Logitech G413 mechanical gaming keyboard.

This new product, as the company claims, is designed to facilitate a smooth transition from rubber domes to mechanical switches, but not by digging a hole in your pocket — well, at least relatively speaking.

It comes in two variants: The G413 Carbon with a black body and red LED illuminated switches, as well as the G413 Silver that has black key caps, but with white backlighting and a silver top plate.

The G413 comes with the same Logitech-exclusive Romer-G switches featured in the company’s other much more expensive products such as the Orion and G Pro keyboards. A key difference would be that the G413 doesn’t include the RGB LED backlighting featured by said higher-end keyboards.

Another important differentiating aspect would be that the G413 has been denied some of the extraneous features. The logic is clear — it’s a cost effective keyboard that packs the precision of mechanical key switches.

Also, worth noting that Logitech has added an extra bunch of keycaps with a unique look and feel — much akin to what HyperX did with the Alloy FPS. One major difference, however, is the use of Logitech’s own Romer-G switches that bring 25% faster actuation and 70 million key press durability (as per the product description).

For the uninitiated, the Romer-G switches bring the same 45G actuation force that makes Cherry MX Reds the preferred choice of many. However, at 3mm, the travel distance on the G413 is smaller compared to the Cherry switches’ usual 4mm. 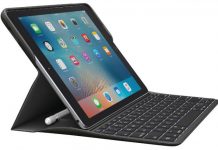 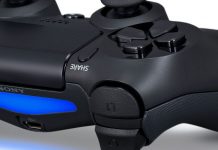 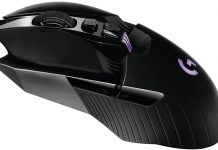