It seems that it was just yesterday, but, in fact, more than 15 years ago, when the former Microsoft Chief Executive Steve Ballmer had said that the open-source OS Linux was a ‘cancer’. It seems that Ballmer has changed his stand since then.

At a dinner organised by the Fortune magazine, Ballmer said that what he had said back then was very true as Linux was a threat to them, but now, that danger was long gone and any threat from Linux was just now ‘in the rearview mirror.’

He said, “The company made a ton of money by fighting that battle very well. It’s been incredibly important to the company’s revenue stream”

The battle was very important for Microsoft to maintain its supremacy in the revenue market, but it seems that Microsoft has changed its anti-Linux stand these days. Earlier this week, Microsoft announced that it will sell an SQL Server database software which would be compatible with the Linux. 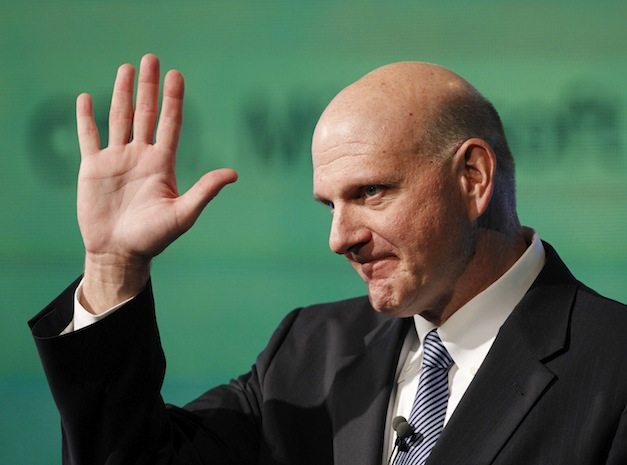 Steve Ballmer said that he ‘loved’ this announcement and he even emailed current Microsoft Chief Executive Satya Nadella to extend his support. He emphasised on disclosure as he had done in the Microsoft’s shareholder meeting in December. He said that Microsoft should reveal its revenue and profits from hardware, software and cloud enterprise.

Ballmer had become the CEO of Microsoft in January 2000 and his tenure saw a multiyear drop in the Microsoft share prices. They lost about 40% of their value during his tenure and his resigned finally in 2013. Contrary to that, Nadella took over in Feb 2014 and since then Microsoft shares have seen a rise of more than 50%.

Ballmer termed Nadella’s tenure as good but attributed the success mainly to the changing market conditions.

He even acknowledged that he is no longer close to his predecessor Bill Gates saying that both of them “have gone our own paths.”

Ballmer has been known for his frenzied oratory and he said that he has taken up Yoga as a hobby since leaving Microsoft.

“You get a lot of time to work out, meditate, take it easy. It’s a wonderful thing to do.”