NASA is adamant about finding proof of life on Mars. Now, its specialists are working on a new instrument which will be used to find bio-signatures on the red planet. It will add a ‘sense of smell’ to its rovers. This technique might also be used in observing other planets in our solar system. 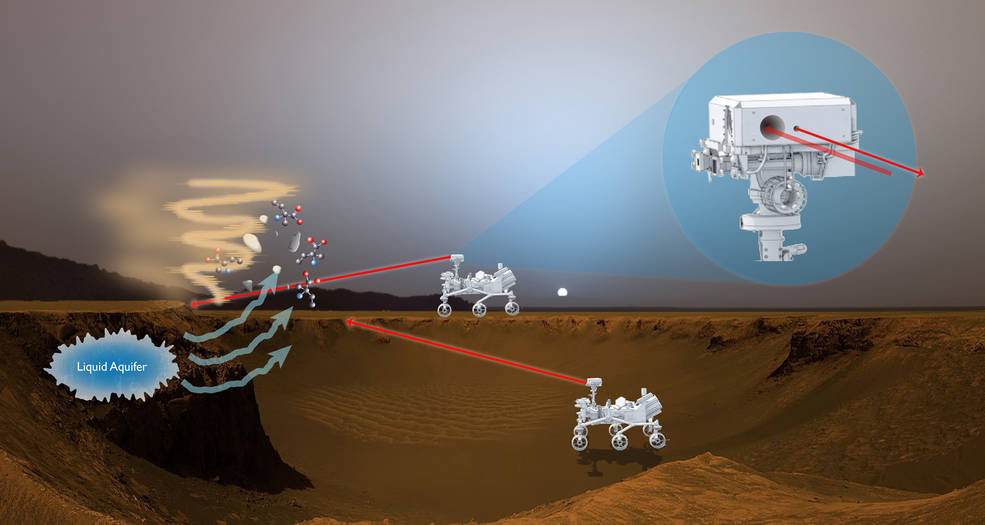 The new technology, developed by the U.S. military, uses a sensing technique to remotely monitor the air, to detect potentially life-threatening chemicals, pathogens, and toxins. An instrument has been developed that could help NASA probes to sniff out extraterrestrial life on Mars and other planets.

BILI is a fluorescence-based LIDAR. It is essentially a remote-sensing instrument that uses the principles of radars,but is operated via radio waves. The new instrument uses light to analyze the particles’ composition in the atmosphere. The level of its analysis will be very precise in nature and very wide in practicality.

The new instrument is called the Bio-Indicator Lidar Instrument, or BILI. The NASA technologist, Branimir Blagojevic got the idea while working for a company that developed the sensor. A prototype was created at the Goddard Space Flight Center in Greenbelt, Maryland. The scientist proved that the principles used in identifying bio-hazards can also be employed in spotting organic bio-signatures on other planets.

NASA has used fluorescence instruments to detect chemicals in the Earth’s atmosphere, but the technique has not been tested in planetary studies. The USP of the new instrument is that it can instantly detect small levels of complex organic materials from a distance of a few hundred miles away. It will autonomously look for bio-signatures in plumes in areas that can hardly be reached by a normal rover. Also, the new instrument is less likely to contaminate the samples with other substances or materials that could influence the results of the analysis.

BILI is a perfect complementary instrument and can be used with point sensor-type spectrometers. This will increase the possibility of finding bio-signatures of extraterrestrial life forms.