LG V20 is official, and brings several features back that were present in both LG V10 and G5, plus its own additions that will give you tons of reasons to upgrade. To see how far the LG V20 has come against the G5 that was announced at MWC 2016, here are the specifications comparison of both smartphones, and we’ve also decided to add LG V10 in the comparison list as well.

As you can see, LG V20 offers a lot to the user and its removable battery, and getting access to SIM and storage cards is a blessing. LG has made its secondary display slightly longer compared to the display on V10, and that means you’ll gain access to more icons and options on the same screen size of the smartphone. This display has also doubled in brightness in order to help the user see clearly what’s written on that display.

For the most part, a Snapdragon 820 and 4GB of RAM combination was definitely guaranteed but there have been a bunch of additions that you’ll be very interested in hearing about. The smartphone offers the user Steady Record 2.0. Steady Record 2.0 is Qualcomm’s video stabilization based on gyroscopes, which is also being known as electronic image stabilization or EIS. EIS is also present in the software, but combine that with Qualcomm’s video stabilization and its own hardware, you have a mighty camera setup tucked inside a smartphone. 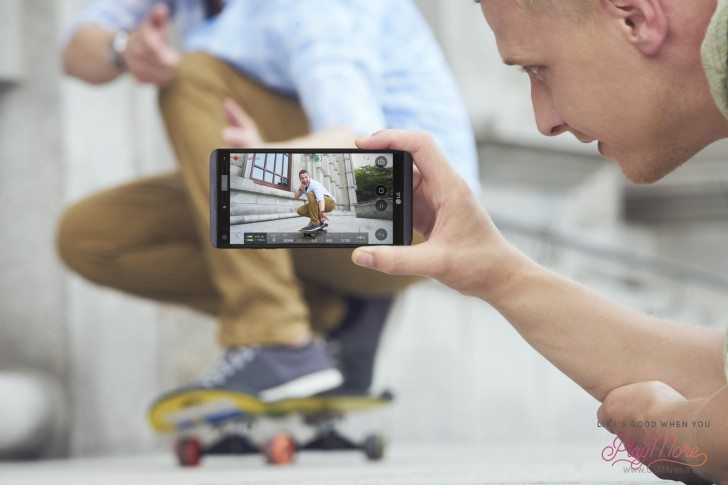 In addition, LG V20 also offers image stream analysis, which is DIS for short. This feature will be used for tracking a moving object and stabilizing the video by the object’s line of movement, and will minimize distortion in the process. LG V20 also capitalizes on audio quality, and is able to capture lossless 24bit/48kHz audio. There’s also a single 5MP camera location at the front and it features an aperture of f1/.9. The front camera is able to take normal or wide angle photographs through this camera as well.

The smartphone is also the first device out of the non-Nexus range to be running Android 7.0 as soon as you remove it from its box and comes with a larger 3,200mAh battery. Unfortunately no pricing details are available at this current time, but the company did say that it was going to be launched during Q3, 2016, so we’ll know then.

After ditching LG Friends, LG G6 May Come With Wireless Charging and Water-Proofing