MobiPicker
News LG to offer G4 smartphone to 4000 consumers to try before its...
Share on Facebook
Tweet on Twitter
Deal Alert: 49% Off on ExpressVPN
Touted as #1 VPN in the world, ExpressVPN is now offering 49% off & an additional 3-months of service on its annual plans.

LG has started a consumer experience campaign to make a success of its upcoming flagship, LG G4. As a part of campaign, the company will select the 4000 consumers across the 15 countries to experience the new LG G4 handset ahead of its official launch on April 28th. It has already been started in Korea and will start soon in United States, India, Indonesia, Turkey, China, Singapore, United Kingdom, Brazil, France, Canada, Mexico, Hong Kong, Germany, and Japan. 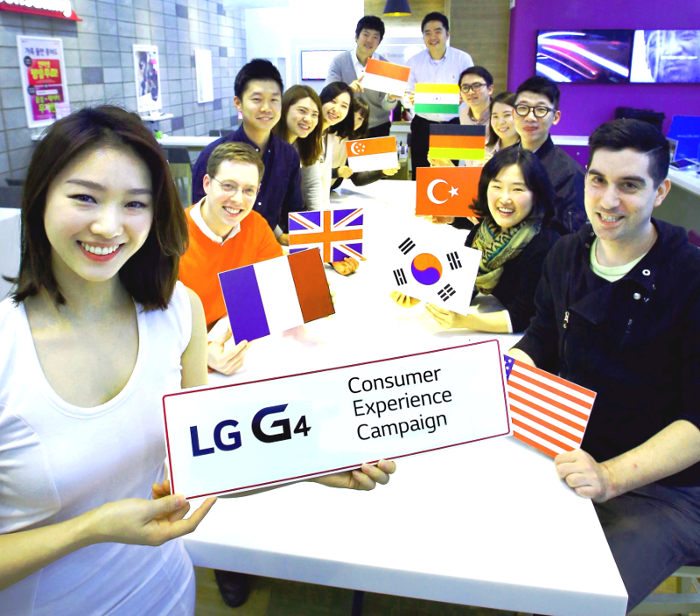 The lucky consumers to try out the new phone will be selected based on their entry responses (the selection procedure may change according to respective region). All selected people will get the G4 handset for 30 days to experience its features and unique design for sharing their views online. They will also be required to carry out few assignments related to device and will be rewarded with prizes.

[quote_box_center]Customers are our best fans and we think this would be an exciting and unique way to get our most important mobile product of the year close to the public. We’re putting the success of LG G4 in the hands of consumers before the launch because we believe they are the best judge of a great user experience, beyond just benchmarks and speed tests.[/quote_box_center]

The campaign launch details for all the countries will soon be published on LG’s regional websites.