Tomorrow Google is holding an event where the rumored LG Nexus 5X and other smartphones will be unveiled, so there are tons of rumors right now. Just recently a user in Reddit has posted some sheets with a lot of information about the upcoming LG Nexus 5X. These look like Reviewer’s Guide which Google will give out during the event in San Francisco. Many things are revealed in these sheets where it talks about simplified security with fingerprint sensor on the back, the latest Android OS and of course, full specs of this smartphone. 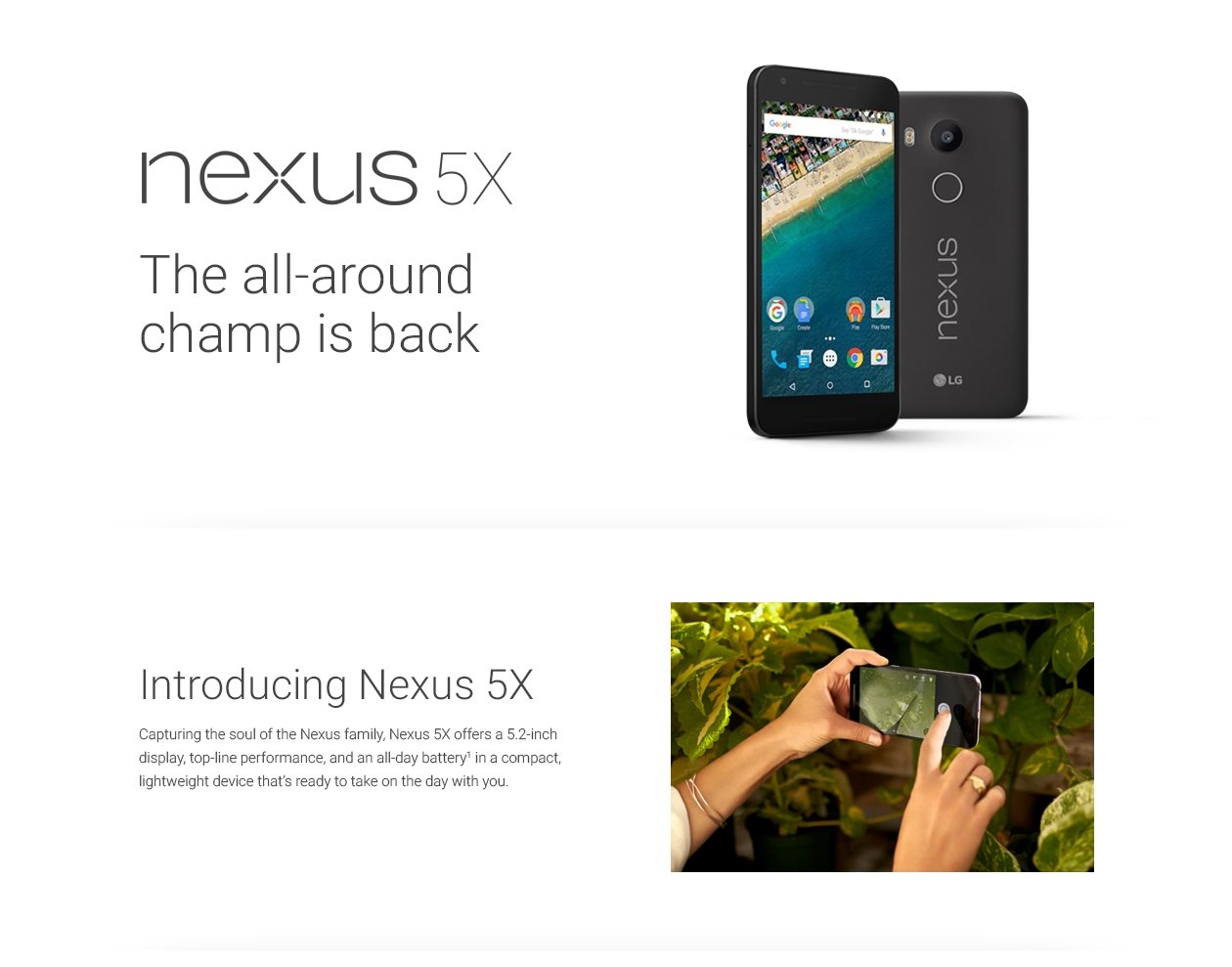 LG Nexus 5X is a 5.2-inch smartphone with 1920x1080p resolution and 424 PPI pixel density. The screen is made with Corning Gorilla Glass 3, which is fingerprint-resistant and smudge-resistant due to its oleophobic coating, noticed earlier on the ZTE Axon Pro. Meanwhile it is powered with a Snapdragon SoC, which is a 2 GHz hexa-core 64-bit processor and Adreno 408 GPU. Inside, there are 2 GB of LPDD3 RAM along with 16GB or 32GB internal storage. The phone has a light weight of only 136 grams. In terms of camera, LG Nexus 5X is packed with a 12.3 MP rear-camera which is a 1.55 micron pixels, f/2.0 aperture,  IR laser-assisted auto-focus and recording 4K Videos will be available too. In the front there is a 5 MP camera with f/2.2 aperture. As it was expected, LG Nexus 5X comes out of the box with Android 6.0 Marshmallow.

AndroidHeadlines further reports that LG Nexus 5X is equipped with a lot of sensors, such as fingerprint sensor on the back, barometer, gyroscope, proximity sensor, hall sensor, Ambient light sensor and Android Context Hub. It is a single-SIM handset and features USB type-C along with 3.5 mm headphone jack.

There is no information regarding the battery size, except for saying that it has an ”All day battery”. However, we’ll find out more tomorrow. Stay tuned.