According to rumors of last month about LG built windows phone(LG Lancet model number KG-VW820) which was presumed to be heading to Verizon is expected to be launch on May21.

With 4.5-inch screen and a resolution of 480×854, it is powered by 1.2GHz Snapdragon 410 processor. LG Lancet will have 8GB of onboard storage , half of which will be available to users for their use. It will have an 8 megapixel rear camera and 3 megapixel selfie shooter, along-with 2,100mAh battery.  Windows Phone 8.1 Update 2 OS will be pre-installed on the smartphone. 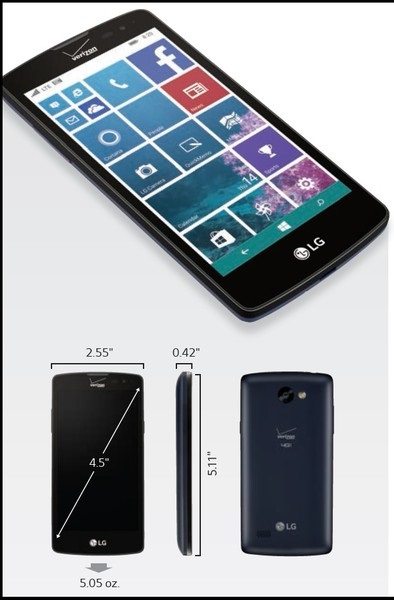 LG Lancet will include an innovative feature know as Knock On, which can turn on the phone with double tap as well as only wave of hand is enough to click the selfie. Selfies are expected to be gently illuminated with Soft Light.

Currently there is no information on the pricing of LG Lancet.