Just a couple of hours ago, we reported that LG Lancet powered by Windows Phone should be available on sale at Verizon US on May 21, but Verizon proved to be very quick and listed the device for pre-order today itself. It is priced at $120 sans-contract and $19.99 on a standard two-year contract. 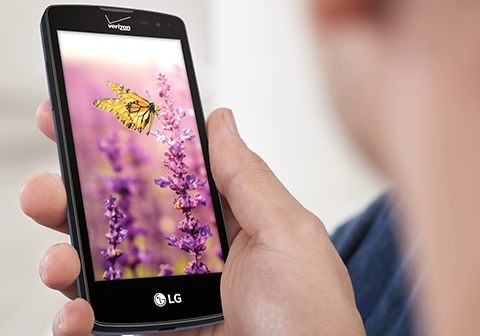 The XLTE enabled LG Lancet runs Windows Phone 8.1 and features low-end specifications. It sports 4.5inch display with 480×854 pixels, and is powered by a quad-core 1.2GHz Snapdragon 400 chip, coupled with a gig of RAM. It packs 8GB of native storage, out of which there is only half of memory is accessible to user, however it can be expanded up to 128GB via microSDXC card. On the back, it features an 8 megapixel shooter and a 2,100mAh battery, which gives 18.5 hours of usage, and 400 hours stand-by time.

The handset comes with KnockOn feature, which can wake up or sleep the phone with a double tap. It measures 64.8mm width, 129.8mm height with unknown thickness and weighs 143g.