At the Geekbench, the Snapdragon 820 powered LG G5 scored 2248 in single-core while the Exynos 8890 powered Samsung Galaxy S7 was reported to score 1873 in this test. The G5 clearly dominates the S7 in single-core performance. However, the Galaxy S7 scored better than the G5 in multi-core tests. It scored a whopping 5946 in multi-core tests against the 5061 scored by G5 in this test. You can also check the performance comparison of Galaxy S7 powered by SD 820 and Exynos 8890. 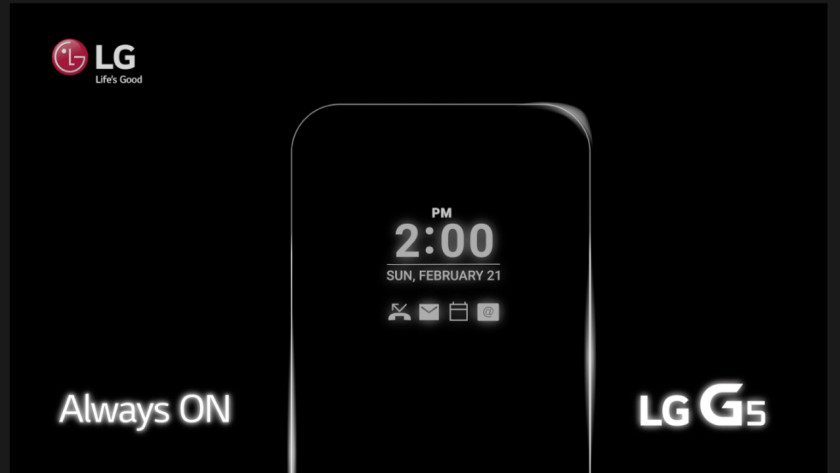 According to Geekbench database, the LG G5 will reportedly be powered by a Snapdragon 820 quad-core 1.5 GHz CPU, coupled with 4 GB of RAM and 32 GB of internal memory. It will run on Android 6.0.1 Marshmallow out-of-the-box.

Apart from these features, the LG G5 will have a 5.6-inch QHD display having an ‘Always On’ feature. Various leaked teasers hint at the presence of this feature in G5. A ticker display is also very possible like the one we saw on the LG V10. We are also hearing of a ‘Magic Slot’ for hardware expansion but we currently don’t know much about this.

Rumours suggest that the G5 will sport a 20-megapixel rear camera with 135-degree wide-angle view. Few reports have even suggested a dual camera setup, but nothing has been confirmed yet.

LG will be unveiling this beast on February 21 at the MWC 2016, Barcelona in its keynote. All the eyes will be glued to this event and we are also very eagerly waiting for this device.

Stay tuned to us for all the latest news and updates and do leave your comment in the box below.Adios.