LG has recently announced the full-metal build LG Class smartphone in South Korea and it’s rumored that it will arrive to AT&T. This is a mid-range handset and not the premium smartphone that LG has been hinting for quite a while now. The South Korean manufacturer is expected to announce a premium smartphone on October 1. So far, we’ve seen leaks of two LG handsets and it could be one of them. 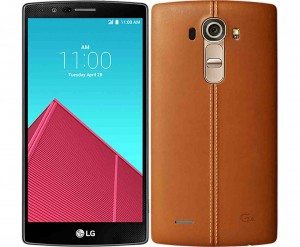 We’re talking about the LG G4 Pro and LG V10. LG G4 Pro will be larger than LG G4, meaning it’s a phablet but it will also be a higher-end device. Meanwhile, LG V10 is a mysterious device with an auxiliary ticker display above its panel up front. Based on leaked images of the V10, we can tell that it’s a very interesting concept. It’s unknown if LG will announce both of the devices at the same time or in separate events, anyway we’ll find that out soon.

Recently, LG G4 Pro has surfaced on GFXBench where it revealed its specs. According to this listing, LG G4 Pro has a 5.7-inch QHD display with 2560x1440p resolution. Inside, there are  4 GB of RAM and 64 GB of internal storage. The device sports Qualcomm’s Snapdragon 808 64-bit hexa-core chipset with Adreno 418 GPU for graphics. It features a 16 MP camera  on the back (with dual-LED and dual tone flash), and a 5 MP front shooter. LG G4 allegedly runs Android 5.1.1 Lollipop with LG’s UI installed on top of Google’s operating system. 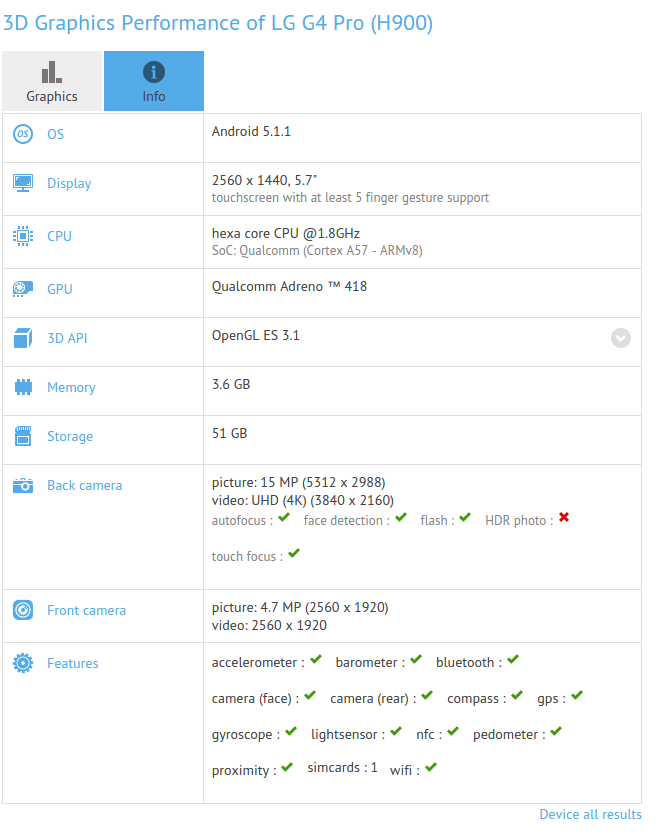 That’s all about it for now, we can guess that LG G4 Pro will be announced on October 1st, meanwhile the V10 later considering that it could even be a new line of LG smartphones. However, let’s wait a little more for upcoming news, stay tuned.